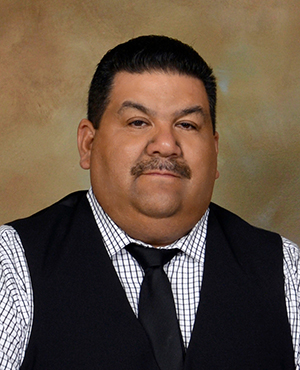 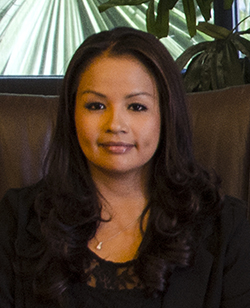 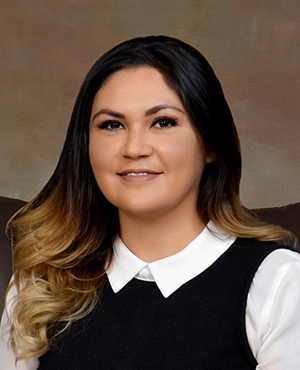 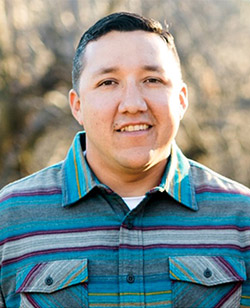 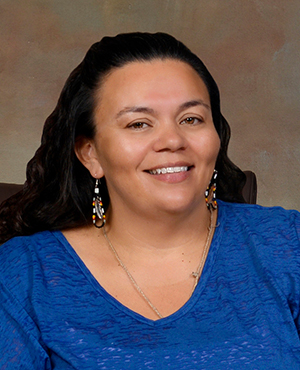 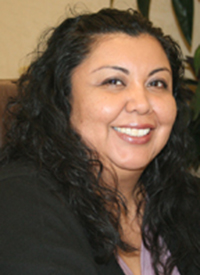 The People of Soboba

Soboba’s Tribal members have a rich and diverse Tribal history as members come from both Cahuilla and Luiseño ancestry. Prior to both Mexican and American settlement in the valley the people of Soboba were virtually self-sufficient. The Soboba people farmed land that was irrigated with surface water from the San Jacinto River, two of its tributary streams, Poppet and Indian Creeks, and from more than forty perennial springs. These water sources sustained gardens, animals and orchards.

During the Spanish and Mexican rule in California, the Soboba Indians were recognized as an established Indian community.  In approximately 1815, Mission San Luis Rey established Rancho San Jacinto as their furthermost cattle ranch and Luiseño Indians were brought with them as laborers for the ranch. Some of the original Cahuilla inhabitants of the valley who were present in the valley during this time intermarried with the Luiseños.

After the missions were secularized the San Jacinto Rancho Viejo was granted to José Antonio Estudillo in 1842, with a stipulation that the new land owner “shall not in any manner prejudice the Indians who are established on said land.” For as long as he lived Jose Antonio Estudillo and Jose Antonio Estudillo Jr. respected the rights and well-being of Soboba Indians. Starting in 1868 the heirs of the Estudillo family began selling various portions of the Rancho San Jacinto Viejo and by 1880 most of the rancho lands had been sold and the Soboba people were left with no legal claim to their land or water.

It was during this time that Matthew Byrne of San Bernardino was awarded 700 acres on the northeastern side of the San Jacinto Valley, including the village of Soboba, its cultivated fields and all the water. Mr. Byrne planned to graze sheep on his land and at first allowed the Soboba people to remain living there; however a few months later he changed his mind and threatened to evict the Indians unless the U.S. Government paid him for his 700 acres.

On June 19, 1883, President Chester Arthur by Executive Order established the Soboba Indian Reservation, a 3,172-acre tract which included the Soboba village and the adjacent hills. The President had limited authority as he was only able to set aside public land for the establishment of a reservation and had no authority to take private land. Thus the Soboba village; cultivated lands and major springs were part of Rancho San Jacinto Viejo and belonged to Matthew Byrne.

In November 1883, Byrne was granted his eviction order to have the people of Soboba removed by the San Diego Superior Court. An appeal was filed before the California Supreme Court. In the case Byrne v. Alas, it was argued that the people of Soboba had been given the right to remain on their lands by a provision of the original grant to Estudillo in 1842 and that the United States was bound by the Treaty of Guadalupe-Hidalgo, under which California became part of the United States, to honor the original Spanish and Mexican land grants. It was also argued that the people of Soboba should not be forced to give up their lands because they failed to present their claim to the land Commission within the prescribed years of 1851 to 1853, and that the patent issued to Byrne in 1882 did not preclude the Soboba right of occupancy. In a landmark decision rendered on January 31, 1888, the California Supreme Court ruled unanimously in favor of the Soboba people.  The Court upheld their right of occupancy based on the provisions of the original Rancho San Jacinto land grant and their “continuous use and occupancy” of the land in question.  The justices further stated their belief that “Congress did not intend the rights of Indians should be cut off by a failure on their part to present their claims before the Land Commissioners.”  For the first time, the state’s high court voted to uphold the land rights of an individual Indian tribal group.

Unfortunately, the California Supreme Court decision was reversed, a year later.  In the ruling of Botiller v. Dominquez (1889), the United States Supreme Court upheld the supremacy of the claims confirmed by the Land Commission as opposed to claims based upon provisions of the Treaty of Guadalupe-Hidalgo.  “The Court is bound to follow the statutory enactments of its own government,” the majority decision affirmed.  Since Native Americans failed to present their land claims before the Land Commission in the prescribed years, they held no valid title to their lands, even if they could prove continuous use and occupancy going back hundreds of years.

The people of Soboba remained on their lands but their ordeal was not over.  They did not have legal title; Byrne and later his heirs, the legal owners in the eyes of the San Diego Supreme Court continued to litigate and paid taxes on the property until 1902.  In 1903 the State of California seized the Byrne and Soboba lands he claimed, for non-payment of taxes.  The California Legislature was persuaded to sell the Soboba part of the seized lands to the federal government for $775.  The deed was recorded on September 11, 1911, and, at last legal title was held in trust for the Sobobas by the Department of the Interior.

From 1865 to 1891 upstream diversions of the San Jacinto River and its major tributaries by new settlers eliminated nearly all river surface flow through the Soboba land. Deprived of the river’s perennial water supply, the Tribe’s gravity-flow irrigation system became useless by 1899. In an attempt to improve the Tribe's dire situation, the U.S. Indian Service constructed a well system on our Reservation in 1909, utilizing the waters of an underground aquifer beneath the Reservation. By the early 1930s, however, the wells had become largely unproductive because the Reservation's water table had been drawn down substantially by the upstream diversions of the San Jacinto River and by intensive withdrawals by non-Indians of the groundwater sub-basins lying beneath the Reservation.

Some surface water continued to be available until the 1930s from the many springs and creeks in the upland parts of the Reservation, which supported settlements, vineyards and orchards, stock watering and other domestic uses. But even this meager supply of surface water soon disappeared almost entirely with the construction of the San Jacinto Tunnel.

In 1933, the Metropolitan Water District of Southern California (“Metropolitan”) began constructing a tunnel through the San Jacinto Mountains as part of its Colorado River Aqueduct, designed to supply water to southern California. The San Jacinto Tunnel, 16 feet in diameter and nearly 13 miles long, passes within three and one-half miles of the Soboba Reservation, at elevations substantially below that of most of the Reservation.
Fault zones in that part of the San Jacinto Mountains traversed by the Tunnel acted as underground dams holding back water stored in the shattered rock of the Mountains. During the six years it took to complete the Tunnel, construction crews encountered enormous quantities of water gushing into the Tunnel from the surrounding mountain mass. From 1933 until 1939, when the Tunnel was finished, Metropolitan calculates that construction drained more than 155,000 acre-feet of underground water. An immediate result of the drainage was that many perennial springs on the Soboba Reservation once fed by that water ceased to flow by 1937.

Substantial drainage of groundwater into the Tunnel has continued ever since. By 1946, the Tunnel drainage had lowered the water table sufficiently to dry up the rest of the perennial springs on the Reservation, as well as most of the remaining surface stream flow in the Reservation’s two major streams, Poppet and Indian Creeks. Of the total groundwater inflows into the Tunnel from 1940 to the present, approximately 280,000 acre-feet, averaging 4,100 acre-feet per year, have come from basins directly or indirectly tributary to the Soboba Reservation.
The Tunnel’s destruction of the Reservation's surface springs and creeks, combined with the pre-existing and ongoing San Jacinto River diversions and groundwater pumping by Soboba’s non-Indian neighbors, left the people of Soboba without water and destroyed the last remnants of their once-flourishing agricultural economy.

In 1950, the Soboba people filed litigation in the Indian Claims Commission against the United States for its failure to protect the Reservation's water resources. Following the Commission's 1976 determination of the United States' liability to the Tribe, Soboba Band of Mission Indians v. United States, 37 Ind. Cl. Comm. 326 (1976) (Docket 80-A), the parties commenced extended negotiations which finally resulted in a 1991 compromise settlement of the claims against the Federal government.

Since 1991, with the assistance of a multi-agency Federal Indian Water Rights Settlement Team, the people of Soboba have attempted to negotiate a settlement of their water rights and claims with the two principal holders of competing claims in the San Jacinto Valley, Eastern and Lake Hemet Municipal Water Districts. Metropolitan, the third entity primarily responsible for the depletion of the Soboba water resources, was not directly involved in the settlement discussions, because it holds no water rights in the Valley. The parties to the negotiations contemplated, however, that satisfaction of Metropolitan's liability for the San Jacinto Tunnel drainage would ultimately be incorporated into the final resolution of the Soboba’s claims, most likely as a partial source of imported replacement water for the Reservation.

In late 1998, with settlement discussions with Eastern and Lake Hemet making little progress, Soboba invited direct negotiations with Metropolitan with respect to the Tunnel drainage, in hopes that resolving that issue would facilitate a solution to our claims against the other two districts. Metropolitan declined the invitation, pending its resolution with Eastern of the relative liability of the two districts for the Tunnel drainage. In January 2000, Soboba renewed their invitation to Metropolitan to begin settlement discussions. When the invitation was again declined, Soboba filed suit against Metropolitan for the San Jacinto Tunnel drainage. After prevailing in a series of initial motions filed by Metropolitan, the parties agreed to a stay of the proceedings to seek a settlement.

The ensuing settlement negotiations, which spanned the following decade, included participation by representatives of the Soboba Band, the United States, Metropolitan Water District of Southern California, Eastern Municipal Water District, and Lake Hemet Municipal Water District. This ultimately led to an agreement that quantified the Tribe’s prior and paramount water rights at 9,000 acre-feet per year, resolved all of the claims for interference with and damages to the water resources of the Reservation, and provided for the construction of water projects to facilitate the exercise of Soboba’s rights.

The reservation today encompasses nearly 7,000 acres, 400 of which are devoted to residential use.

The Soboba Band has a current enrollment of approximately 1200 tribal members who are governed by an elected tribal council that consists of 5 tribal members.