When Benny Helms Jr. enlisted in the U.S. Navy right out of high school in 1967, he was following in the footsteps of other family members who served in the military, two that made the ultimate sacrifice for their country.

A local newspaper article from back then provided some details about what happened. In part, it reads, “Word has been received by Mrs. Maria Helms of the Soboba Reservation that her son, Pfc. Romaldo A. Helms, has been killed in action in Italy. The telegram from Acting Adjutant General Dunlap stated that Pfc. Helms lost his life on March 8.”

It went on to say that Helms had been in the service with the Engineers Corps for two years and overseas for 14 months. He saw action in North Africa, Sicily and at the Anzio beachhead. He was born at the Soboba Reservation on January 23, 1912, attended the San Jacinto grammar school and was a graduate of Sherman Institute (now known as Sherman Indian High School). At the time of his death, his brother Reginald was still alive and stationed at Camp Roberts.

Maria Helms had four daughters but only two sons and all lived at the Soboba Reservation. She was a member of the American Gold Star Mothers Inc., a private nonprofit organization of American mothers who lost sons or daughters in service of the United States Armed Forces. The organization was originally formed in 1928 for mothers of those lost in World War I and it holds a congressional charter. Its name came from the custom of families of servicemen hanging a banner called a service flag in the windows of their homes. The service flag had a star for each family member in the Armed Forces. Living servicemen were represented by a blue star and those who had lost their lives in combat were represented by a gold star. Maria Helms passed away in 1965 at the age of 97.

Benny Helms Jr. was in the Navy until May of 1973. He is married and has two sons, one daughter, 14 grandchildren and one great-grandson. His father, Benny Helms Sr., served in the U.S. Army and his aunt, Jessie Helms Celaya Gilmore also served in the military.

Each year, a Memorial Day ceremony is held at the Soboba Cemetery where Reginald and Romaldo are buried side by side. Their gravesites are adorned with an American flag by members of the Soboba Youth Council who also do a roll call of the nearly 50 veterans that are buried there. A Veterans Memorial was constructed several years ago “dedicated to the memory of the Soboba Band of Luiseño Indians and non-tribal members who gave their all for us.” 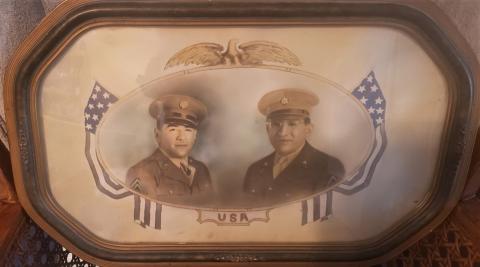 Brothers Reginald Helms, left, and Romaldo Helms served in the U.S. Army during World War II and were killed in action 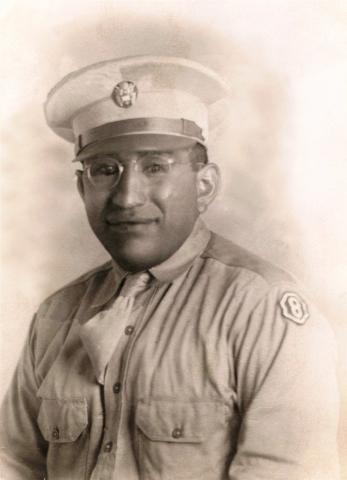 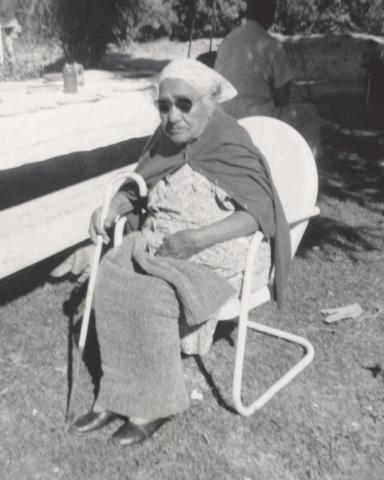 American Gold Star Mother Maria Helms lost her only two sons during WWII; both were killed in action while serving in the U.S. Army 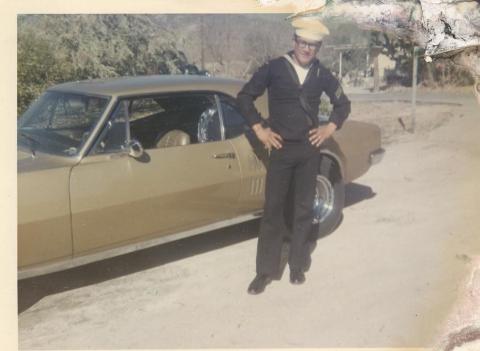 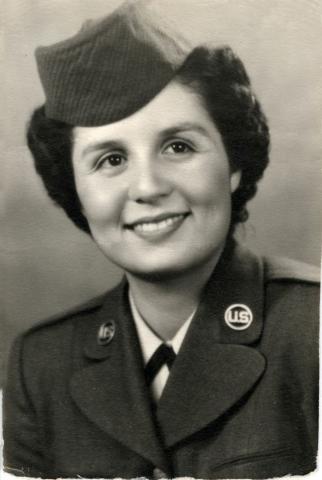