Noli Indian School Culture teacher Tashina Miranda Ornelas is thankful that she has been able to expand her high school students’ lessons to include sharing what they learn with Soboba Tribal Preschool students. Teaching them how to teach others is a life lesson as much as it is a classroom lesson. The Beading Club she facilitates has also allowed students to take the lead and share a particular design or technique with others.

This year, kindergarten boys were given the opportunity to create their own rattles to use during bird songs at the upcoming Noli Indian School Gathering of the People, Soboba’s Fiesta and other social events. Nate Arviso and Fred Miranda from Soboba’s Canyon Crew worked with the boys to fill their hollowed-out and painted gourds with shelled palm tree seeds, up to 60 for each rattle. Five girls got to make mini baskets with help from Ornelas, kindergarten teacher Sierra Vivanco and Noli students Tatianna Briones, Sienna Goff and Ciara Ramos.

Each girl chose a basket start and was taught how to weave strands of different colors to make a traditional Round Reed basket using an over under technique. They were taught about the tradition of always gifting the first of any item they make. One five-year-old said she planned to give it to her grandmother, while another gifted hers to Vivanco.

They learned that the baskets were used for utilitarian purposes by their ancestors and making them improved dexterity, which is super important.

Arviso and Miranda picked the seeds from the palm trees and fashioned handles from oak, sycamore and other trees that grow on the Soboba Indian Reservation.

All students were being taught important age-appropriate lessons throughout such as counting, fine motor skills and the boys learned about motion, rhythm, timing and more once the rattles were completed. They also got to explore color when allowed to paint the gourds any way they wanted.

In the past, girls from Ornelas’ culture class have made bird skirts for the kindergarten girls and both groups are always excited on delivery day to see the colorful and festive designs that were created. This year was no exception.

This year’s fabric was provided by preschool funding and donations by Soboba Tribal Member Antonia Briones-Venegas. Colors were chosen by the preschool girls and patterns were selected by Ornelas. Noli students worked on the bird skirts before delivering them on April 27 so they would have plenty of time to get used to them before they would be joining bird singers at upcoming events.

Junior Faith Vega made five skirts and said the biggest challenge was keeping the ribbon straight as it was sewed around the bottom of the skirt.

“I like all of them so far,” Iyana said.

Some Noli students also helped construct three ramadas that were built for the Gathering on May 19 and the Soboba Fiesta, May 21.

Noli’s annual Gathering of the People was full of activities for all to enjoy. There were art projects such as print making, rock painting (using rocks collected from the riverbed by the Canyon Crew), beading and basket weaving.

Preschoolers were given a non-student day so they could attend the event with their family members if they chose to do so. All staff and students from Noli were on hand to enjoy a day of socialization with games and great food.

Snapper Contreras and Aaron Malone, both from Torres Martinez Desert Cahuilla Indians, offered bird songs throughout the festivities after Contreras’ blessing started the event at 10 a.m.

Another very important tradition was carried out by Ornelas at the Noli Gathering with the support of Noli administration and Noli School Board to honor this year’s valedictorian, Lanise Luna-Trujillo.

“On behalf of my husband Christopher Ortiz (Los Coyotes), myself Tashina Miranda Ornelas (Pechanga) and my three children who attend the school, Daigan Cyhan (Pechanga), Avalina Magante-Ortiz (Los Coyotes) and Kolókolomay Témanxwanvish (Los Coyotes), we honored Lanise with an Eagle Feather from our family to her and her family for all her cultural accomplishments and consistent academic endeavors. We wanted to recognize her publicly and honor her with this gift,” Ornelas said. “It was such a rewarding day for all of those in attendance. Such a blessing.”

Other traditions for students included an in-person prom on Friday, May 20, where Lanise Luna-Trujillo, from Pala, was crowned Prom Queen and Prom King honors went to Michael Briones, from Soboba. Noli’s eighth-grade promotion ceremony is on May 31 and high school graduation on June 1. 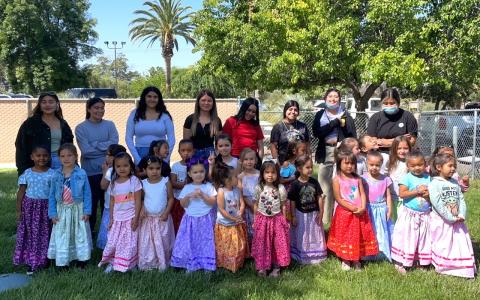 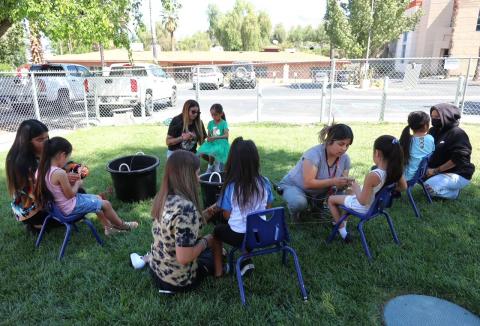 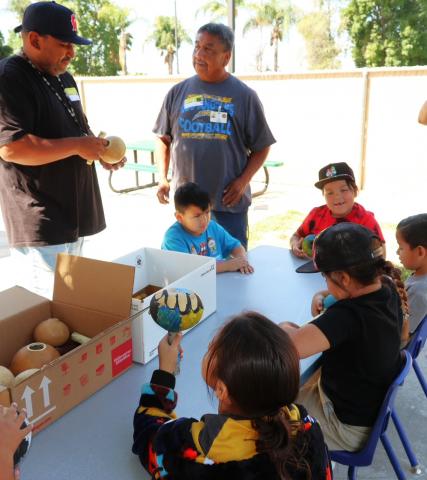 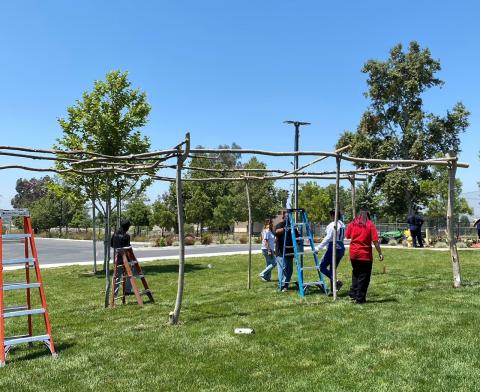 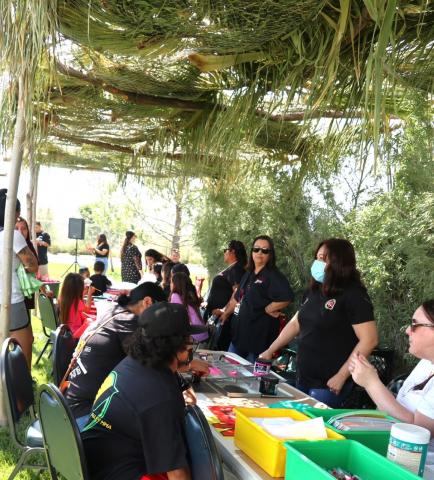 Many creative projects were offered at the Noli Indian School annual Gathering of the People, May 19 at the Soboba Sports Complex 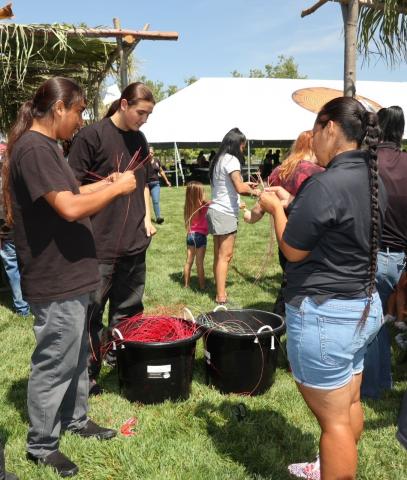 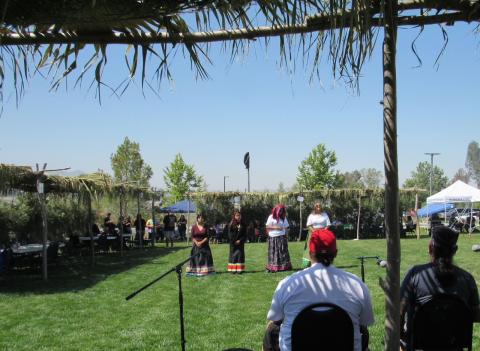 Noli Indian School students, in bird skirts, danced during bird songs presented by Snapper Contreras and Aaron Malone during the Noli Indian School annual Gathering of the People at the Soboba Sports Complex May 19 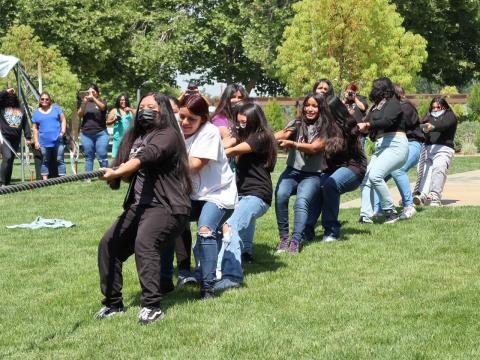