With the final "bones" being put in place, construction on the Soboba Casino replacement project is moving inward. Along with the final touches on the steel framing, workers have also been installing all the utility "guts" so the infrastructure is solid.

Conduit and power sources are being installed underground with connections to upper levels being built. The frame of the resort’s six-story hotel is evident at the southeast corner of the site.

"Tom (Groenendal of CW Driver) is working from above, below and both sides all at once," said Arif Siddique, President and Managing Member of Sicon, LLC. "The grading is nearly completed and the location for the 8,300 sq.ft. pool has been finalized."

The pool area, which includes a grassy area for events, will have a transparent barrier separating it from the golf course to offer a spectacular view for guests.

Soboba Casino General Manager Scott Sirois, an avid golfer, said one of the primary amenities he is looking forward to is the addition of a Signature Island green on the redesigned golf course. The course has been designed by Cary Bickler, the renowned golf course architect who did the original redesign when the Tribe acquired the golf course. The new island green will be the centerpiece of view enhancement from the replacement casino.

"This addition will enhance an already outstanding course," Sirois said.

Ray Shalizi, General Manager for The Country Club at Soboba Springs, explained there will be one walking bridge across the creek and two arched golf cart bridges for ingress and egress to and from the green. All three bridges will have waterfall features.

"There have been an additional 16 large mature palm trees planted in a natural oasis style, which reflect the oasis of palm trees on the hillside above the new clubhouse," Shalizi said. "The new island green is small and well-contoured, with a bowled-out collection area at the right and left of the green to catch errant shots."

"The approach to the green will capture the golfer’s attention, not simply to carry to water to reach the green, but also to carry a rock/boulder wall crossing the green," Shalizi said. "The new No. 13 island green hole is a dogleg right to left, with water from the tee to the green on the left, playing over 400 yards from the tour tees. It has five sets of tees from various yardages for an enjoyable experience for all skill levels of players. These various tees are set up to give the player a fair distance to play over the water to the island green for their second shot. If the golfer is successful carrying the water and landing on the island green, make no mistake, what awaits is a challenging well-breaking green to complete the hole and score."

Groenendal said the current number of 175 workers, hired from local labor forces, will escalate as construction continues with more concrete work plus mechanical, electrical and plumbing work to be done.

"The amount of workers will increase exponentially as we move forward," he said.

The project is on schedule and the next phase will be enclosing the facility with drywall and then working on the inside.

"We have great relationships with the cities of San Jacinto and Hemet and all the utility companies we are working with, which includes Frontier for our IT, EMWD for our sewer and water lines, Southern California Edison and SoCal Gas," Groenendal said.

The team has worked closely with the city of San Jacinto on the proposed road improvements. Siddique said the partnerships are successful due to the cooperation and communication between all those involved.

"Because of this project, the upgrades Edison and SoCal Gas are providing will benefit the local area and reservation with better enhanced utilities," said Leo Lauer, also with Sicon, LLC.

A ceremonial "topping off" ceremony is scheduled for December, marking the milestone of the final I beams being put into place. To commemorate this major phase completion, three all-white beams will be signed by Tribal Council members, Tribal Administration employees and Soboba Casino employees. 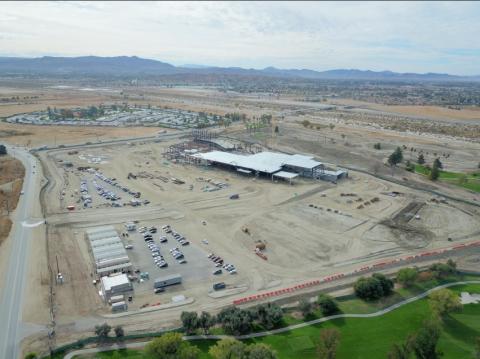 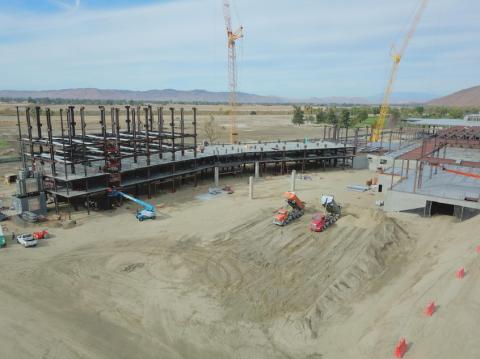 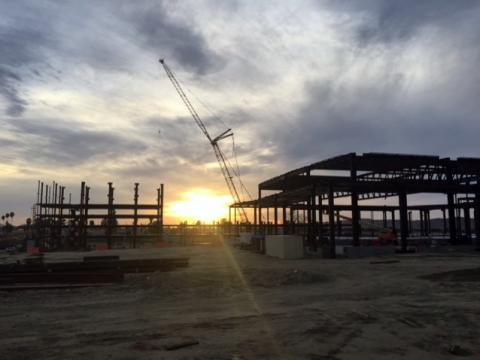 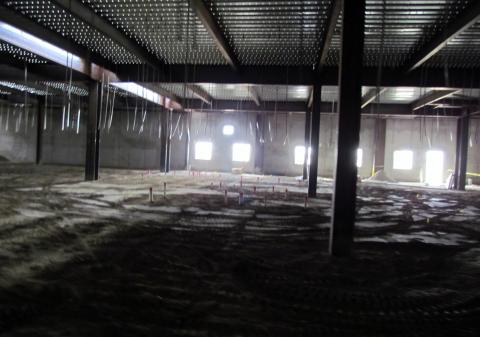 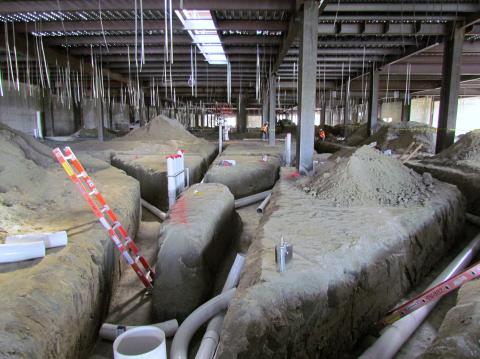 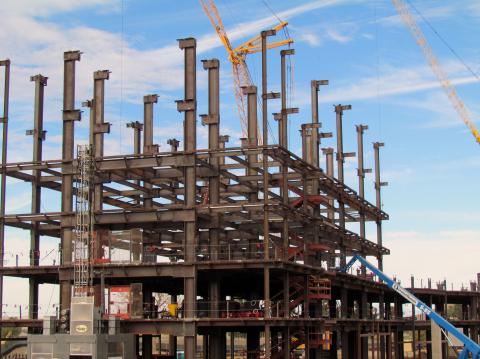