Phase one launched ◆ By Mike Hiles

The Soboba Fire Department is all about public safety but its personnel also want to do what they can to empower the public to be proactive when it comes to helping others. To this end, they have placed AED (Automated External Defibrillator) units at key locations throughout the Soboba Reservation and are offering monthly trainings on how to use them.

“Phase One of the program will install six units now at the most traversed areas and six more in the near future,” Soboba Fire Captain and EMS Coordinator Roger Salmo said. “This will help protect the employees and residents of Soboba.”

On March 29, two units were put into well-marked cases on the first and second floors of the Tribal Administration Building, one was placed at the multipurpose center that is located between the Soboba Tribal TANF offices and the Soboba Tribal Preschool and another was secured at the Department of Public Safety lobby that is inside the Old Tribal Hall. Another one was installed at the Soboba Sports Complex gymnasium and one was put at Noli Indian School.

“We have heard from the people of Soboba how important they know heart safety is and they requested this type of training and equipment,” Salmo said. “We wanted to be sure the first ones were placed where there is the most traffic and the highest probability of need due to the number of folks present.”

Deciding where to install them within each location was determined by two factors: how accessible they would be and to insure they could be reached by a trained person in 15 minutes or less. The kit that is placed inside each receptacle contains the latest HeartSmart first responder contents with devices that can be used on adults and pediatrics. The recently implemented Advanced Life Support program is a project that was started three years ago with a co-partnership alongside AMR (American Medical Response). Salmo said the extensive assistance, knowledge and training from AMR allowed them to start the program.

“The Soboba Fire Department feels it needs the people of Soboba to know they are part of the chain of survival if they are faced with someone who needs medical assistance due to cardiac arrest,” Salmo said. “The multi-phased program of AED implementation, training/education and awareness is a skill all parties should know but hopefully never have to utilize.”

In the further interest of public safety, Soboba Fire Department’s recent C.E.R.T. (Community Emergency Response Team) training, designed to provide public education to reservation residents, had a good turnout. Salmo said many important topics were covered that will benefit tribal members, employees and guests that frequent the area. Monthly reviews for team members are scheduled through August. There will be a new team training in September.

All CPR and First Aid classes will be open to tribal and non-tribal members who live at the reservation and in surrounding communities. There is no cost for the class, only a nominal fee for an official certification card that is granted by the American Heart Association upon successful completion of either course.

Reservations are required due to limited class sizes: 951-654-1092 or Sobobafire@soboba-nsn.gov. 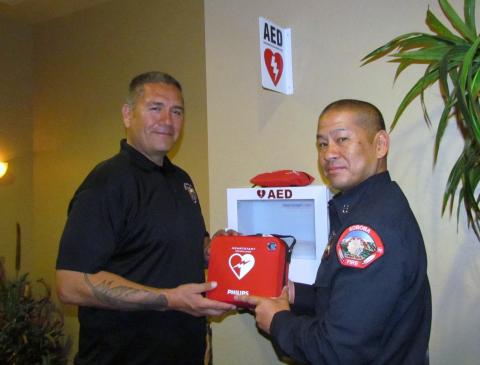 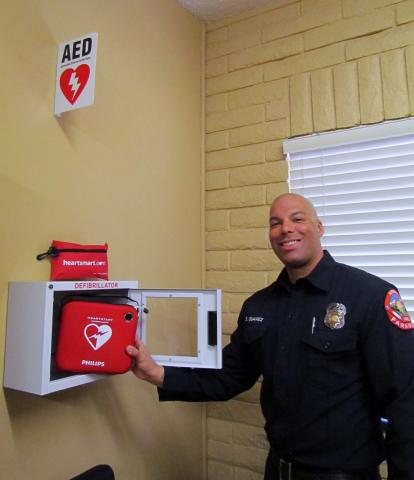 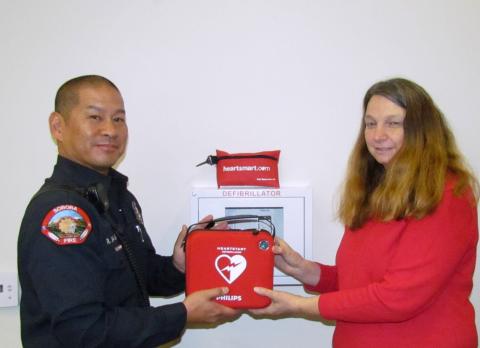