Noli Indian School students in Jay Dagostino’s science classes are getting hands-on lessons in biology, ecology and environmental science. Utilizing an area of the Soboba Reservation adjacent to the school campus, students are learning about habitat restoration of native plants.

Teaching at the school for the past 10 years, Dagostino noticed native plants were declining and non-native weeds were taking over in a wildlife site behind the school that he and Noli Cultural Teacher Tashina Ornelas use for their classes. Due to erosion caused by flooding and other issues, soil had been imported from outside the reservation, which is what most likely led to the invasion.

“That’s when I decided to start the project with other stakeholders and my students,” he said. Along with Ornelas, the collaboration also includes Noli science and oceanography teacher Sabrina Sobel and Soboba’s Cultural Resource and Tribal Environmental departments.

In addition to the project aligning perfectly with the Biology curriculum in the areas of ecology and habitat restoration, students get participation points for the field work they do. They also use the data they collect to complete the scientific process through their use of the scientific method.

He said most students want to learn the names of the plants, why each native plant is important and why the weeds are harmful. They also learn about soil content during the process.

“It will take time (several years) to recover, but the students should see positive results right away and be able to watch it getting better every year,” Dagostino said.

For the project, Ornelas said they discussed what native plants would provide the best opportunity for growth, what plants would be most traditional to the space and that would allow them to create cultural resources that could be used throughout Noli’s cultural and school programs.

“The project is very much about the future,” she said. “Students can experience firsthand why native plant restoration is so vital to the continuance of culture, tradition and environmental longevity.”

Dagostino and Ornelas combine their classes whenever possible so students have both scientific as well as cultural context to enhance the curriculum of both departments.

“It’s important to provide projects such as this because it highlights the significant changes that are made both environmentally as well as man-made,” Ornelas said. “Focusing projects like this on a high school level allows students to be active participants in understanding the relationship between the land and the people.”

Ornelas said the most important thing she want students to learn about native plants, invasive species and the removal of the invasive, is that it takes action. “Change and restoration is possible with action.  We can tend the land and it can provide healthy and viable resources.”

During the past five years, native plants have slowly been added to the campus’ landscape through both the cultural and science programs. All grade levels, 6-12, participated in planting the native plants on school grounds during the cross collaboration between the departments.

“The project is in its beginning stages, and thus far we have worked with one of Mr. Dagostino’s classes to remove invasive plant species from the sloped wash area, that lines the campus along Poppet Flats Road,” Valdez said. “Prior to proceeding with the removal of invasive species, students analyzed plant species in 200-foot long transects, every 20 feet.”

Per Valdez, “The following invasive species are currently being removed: filaree/stork’s bill, black mustard, stinknet, Russian thistle, salt cedar, tree tobacco and non-native grasses. The next steps will include replenishment of the area via planting of native plant species, such as Buckwheat, California Sagebrush, Elderberry, Chia and Western Cottonwood.”

“It is our hopes that the collaborative learning exchange that exists between Noli and the Soboba Cultural Resource Department will result in the long-term preservation of cultural resources – materials, landscapes and traditions – for future generations to come,” Valdez said.

Soboba’s Tribal Environmental Department is also providing assistance to the classes. Environmental Specialist Micah Knox said, “We wish to help his class and any other students or tribal members willing to learn the importance of environmental awareness, the consequences of degradation and destruction, and the reasons why people such as us get up every morning.”

He feels it’s important for projects such as this to be implemented at a young age because it can shape young minds. “When I was a high school student I was shaped by a very passionate environmental teacher such as Dagostino, which led me to where I am today,” Knox said. “I hope the kids learn the importance of keeping a habitat pristine.”

Knox said just having the students get outside and be with nature can help them, and anyone, better understand their environment. While not all students who attend Noli are from Soboba, Knox believes they will be able to take the important lessons they learn home and be able to think about it more critically.

“The best I can ask for is that a student is inspired to be where I am now when the time comes, that the environment speaks to them as it has spoken to me in the past and that even one student decides on a career in the sciences, ultimately bettering the planet in the process,” Knox said.

Each of the following native plants that are in the process of being restored has a unique purpose. Jessica Valdez provided an extensive list of local native species, used traditionally for edible, practical and medicinal purposes.

Buckwheat (Eriogonum fasciculatum) flourishes in washes and canyons, dry slopes and alpine meadows. Its seeds and young shoots can be eaten. Its flowers can be steeped in water to make an eyewash or a laxative, and the leaves can be made into a decoction to cure headaches and stomach ailments. Medicinal properties are best derived when the plant is in a mature state.

California Sagebrush (Artemisia californica) grows on dry foothills, in chaparral, and in coastal areas, as it is extremely drought tolerant. It is considered an important medicinal plant within traditional tribal culture. The plant can be used in a tea to aid with illness, boiled and used for bathing to treat measles. Its leaves can be used as a poultice or hair wash to treat headaches and can be chewed fresh or dried and smoked to relieve colds. Its wood is used for fuel, while stems are used to make arrow shafts.

Elderberry (Sambucus mexicana) grows in canyons and open flats below 4,500 feet near permanent springs, along streams and in other moist areas. Its berries (sauco) can be eaten fresh, as a sauce, or in the form of a jam or jelly. Elderberry blossoms are brewed into a medicinal tea for use in curing fevers, upset stomachs, colds, and the flu, although it must be administered in limited doses. Medicinally, the older blossoms are considered best. Elderberry plants provide two sources of basket dyes. The juice of the berry produces a purplish or black coloring for dying basket materials, while the stem is used to make a yellow or orange dye. Twigs are used to make whistles.

Chia (Salvia columbariae) seeds can be ground into meal to make chia cakes or mush. Beverages can be made of unground seeds by soaking them in water. Medicinally, chia mush is used as a poultice on infections. The mush is wrapped while hot in a cloth and applied to the infected area. The seeds can also be used to cleanse the eyes or remove foreign matter causing irritation. Chia seeds are a superfood, as they are a good source of energy and protein. They are high in fiber and their gelatinous properties promote hydration. Traditionally, eaten by the pinchful, are known to have sustained Native people for up to 12 hours on long journeys.

Western Cottonwood (Populus fremonti) trees thrive in moist places, along stream sides and in alluvial fans, below 6,500 feet. The cottonwood provides fast burning firewood and is also used to manufacture tools of various kinds. Its trunk is used to make wooden mortars for grinding soft foods. The cottonwood contains salicylic acid and has medicinal properties similar to those of aspirin. The bark and leaves can be boiled to make a solution or a poultice for headaches, cuts and swelling. Mushrooms found on dead cottonwoods are known as saqapish in Cahuilla; they are a popular food and considered a delicacy, as they can be roasted, boiled, fried and used in gravies. 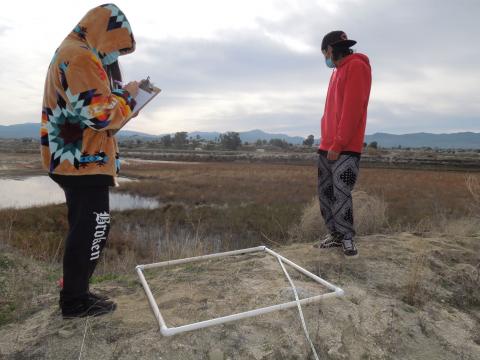 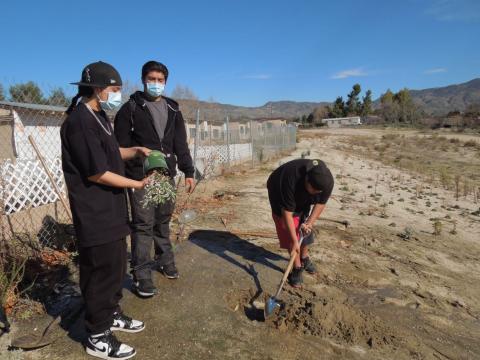 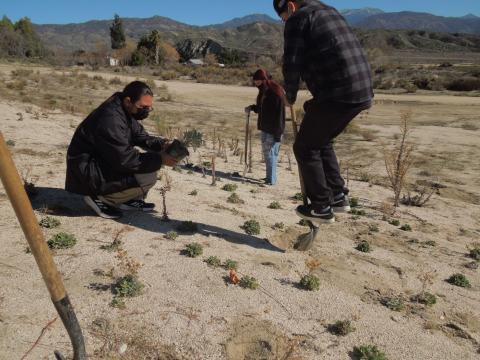 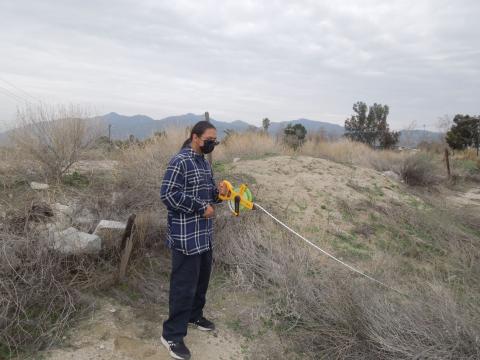 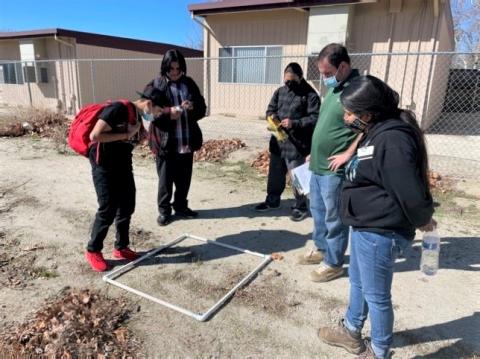