A giant timeline stretches along a wall across from the conference center at Soboba Casino Resort. The illustrated mural recounts major developments in the Soboba Band of Luiseño Indians’ history — from their earliest days in 15,000 BC to the establishment of their reservation in 1883 to the opening of the full-fledged resort last year. But the timeline is a project in progress, with space for current and future development.

The resort itself is a lot like the timeline on its walls, planted firmly in the tribe’s history and present with an eye on the future: casino officials are beginning to slowly chart a course ahead, with their vision set on making at least a few small-scale changes to the resort’s dining and amenities.

“At first, when you open the doors for a new facility like this, you’re worried about making sure that you can run a facility like this, but now having a year under our belt we can really now start to pinpoint those venues,” Isaiah Vivanco, tribal council vice chairman, said. “What makes sense? Is it better to do this or that?”

Reflecting on the past year

The tribe opened the new resort, located just off its golf course in the San Jacinto area, in late February 2019 as a replacement for its original casino. The luxe new complex offered quite a bit more than its predecessor, including 200 rooms, seven different dining options and a pool. The number of employees roughly doubled from 710 to more than 1,400 to support the operation.

The new resort also boasts a 15,000-square-foot conference center for holding events. Vivanco said it’s been great to see the reactions of people who come though for some of those events, with a recent example being a League of Cities meeting. The city council members from neighboring cities had very positive reactions about the resort and what the tribe had been able to create in a short time.

“It’s really putting us on the map, having that ability to reach out to more organizations and host their events,” Vivanco said. “It’s really cool.”

It’s not just organizations but also casino patrons who are visiting from all over.

On a recent weekday, the casino was buzzing with activity. Casino patrons were not only filling seats on the gaming floor but also packing the resort’s eateries.

Before the project opened last year, Vivanco said the casino aimed to still be a locals casino, but planned to reach out to other markets as well. And it’s working. Assistant General Manager Jason Cozart said the casino has secured 70,000 new signups for its players club.

Putting on a show

Entertainment has played a role at the resort since its opening. Texas comedian Ron White was one of the first major acts to perform at the resort after it opened and he was followed by boxing and MMA events, classic rock group The Guess Who and comedy duo Cheech & Chong, among other acts. A Feb. 29 show where Paul Anka will sing Frank Sinatra classics has sold out.

Cozart said the casino is already planning on bringing in some more comedians and some country acts as it continues to refine a programming lineup that will attract patrons.

“A lot of it we’re testing out, obviously,” Cozart said. “We’re trying to get to outer markets so figuring out what kind of acts our customers want and the acts that are going to drive gaming.”

In April, the casino opened fine dining restaurant Canyons with its assortment of steaks, seafood, pastas and selection of 250 wines from California and around the world. At the request of guests following a popular Mother’s Day brunch, the resort in June started serving champagne brunches every Sunday at the restaurant.

Noodle Bar has also become a huge hit at the resort, Vivanco said, and has had to be reconfigured at times to fit more guests.

“The response we’re getting to that restaurant has just been overwhelming to where we need to add more seats,” Vivanco said. “So we’ve done so on weekends.”

Vivanco said that going forward, the resort may make some dining changes now that officials have a better picture of what people like and are eating.

“Getting all that data and looking at numbers, we’re going to be making some decisions in the future and changes, not so much to the structure, but maybe a venue change,” Vivanco said. “Maybe try a different food that might be more attractive and trying different menus.”

Some other possible additions for the resort over the next two to three years could be adding more slot machines and a spa, Cozart said, but the focus is refining the current offerings.

“Instead of one food outlet, we have seven, and we’re now located on the golf course, we have a 200-room hotel, so we’re really just trying to get that under control, get us established and then we’ll look at that down the line,” he said.

But Cozart is certainly looking forward to what the future may bring.

“Coming from where we were, into this new facility, I’m excited about the expansion possibilities that we have in the future and just putting Soboba on the map.” 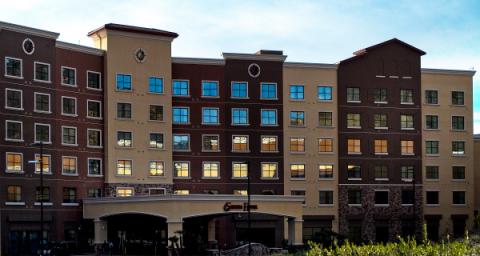 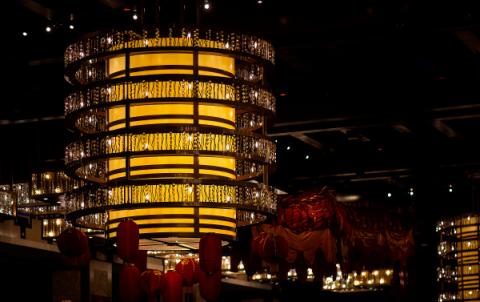 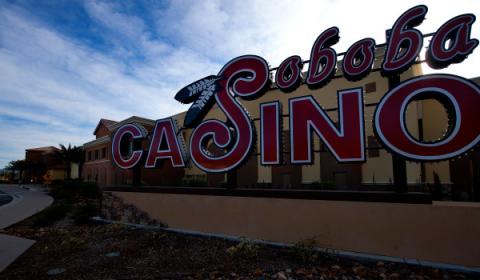 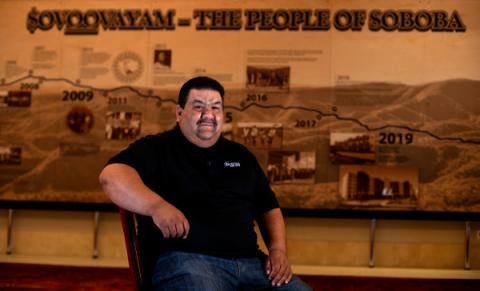