The goal for the 13th annual Dream the Impossible conference at the University of Redlands was to empower native youth from ages 12 through 18. The all-day event offered workshops, entertainment and cultural activities for the hundreds of youth that attended.

“This conference allows our youth to see positive Native Americans in leadership roles, network with youth and have exposure to college life,” Tucker said.

Gomez-Munoz said this year an Instagram account was created and utilized for participants to share their experiences during the day. Soboba Tribal TANF assisted with set-up, registration, workshops, point-of-contact for presenters plus transporting and chaperoning youth.

“We also created the DTI Geotag/filter for Snapchat for the event and actively posted and ran the Instagram account during the event,” Gomez-Munoz said. Jessika Greek, the Administrative and Activity Assistant at the Soboba Reservation site for TANF, helped to accompany the 30 youth that attended this year.

“A highlight for me was hearing Supaman speak to the youth about making positive choices and working towards their goals and dreams,” she said.

Christian Parrish Takes the Gun, known professionally as Supaman, is a Native American rapper and fancy dancer who began DJing in the 1990s. He related to the lyrics in rap music but began rapping in a more original style after he had a spiritual encounter that told him to live a better lifestyle and rap about more meaningful and inspirational topics.

The award-winning musician also tours schools where he educates students about Native American history and culture.

Abigail Arres has attended previous conferences and likes the event because it brings youth together and allows them to network with each other.

“I learned it’s important to work hard and do my best and do everything I can now, instead of later,” she said.

Workshops that were available to attend included: Relationship with the Creator, Native Plants, Career Exploration, Healthy Relationships, Campus Life and Student Athletes. There were also hands-on activities such as a Low Ropes Course.

“The Creator storytelling was good because we learned different stories from different tribes,” said seventh-grader Luisa Rivera. “Another thing I took home was getting to know that my top two favorite music genres were combined (hip-hop and Native American).”

Sica Rivera attended a class on storytelling because she likes to learn about the history of other cultures. She also took part in the peer pressure workshop.

“I learned to help people and listen to them and not to leave anyone out, no matter what,” said Sica, 14. “We should accept people for who they are.”

Gomez-Munoz was impressed with the level of participation and attentiveness she witnessed from the youth in many of the workshops, especially the cultural workshops.

“The conference itself allows youth to learn more about Native American culture and implementing their culture into their goals and plans in developing a positive and successful future as individuals and as a community,” she said. “It is important for it to be hosted at a college campus because it gives them exposure to higher education institutions and it allows them to envision themselves as college students and gives them a more realistic outlook of what college could offer them as a potential path for their futures.”

Although Mkilawish Arres admits to liking the food at the conference, he also enjoyed a session on videomaking.

“I want to make some videos when I get older because it is really cool and it could inspire people,” he said.

“What I learned from this one was to move on and make a difference and that’s what I plan to do,” she said. 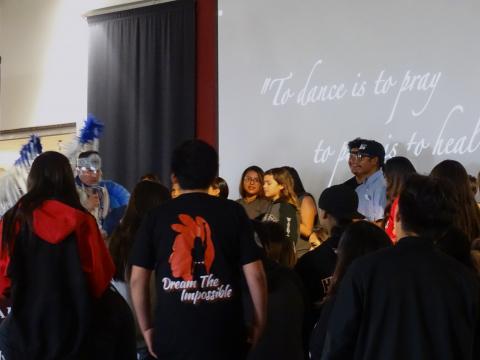 Popular presenter, Supaman, kept the interest of youth attending the 13th annual Dream the Impossible conference in Redlands on April 13 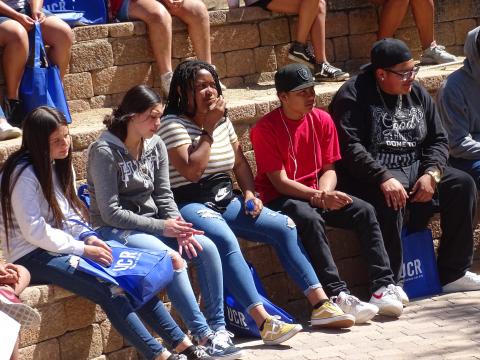 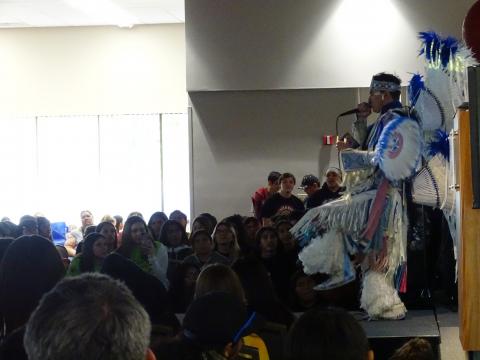 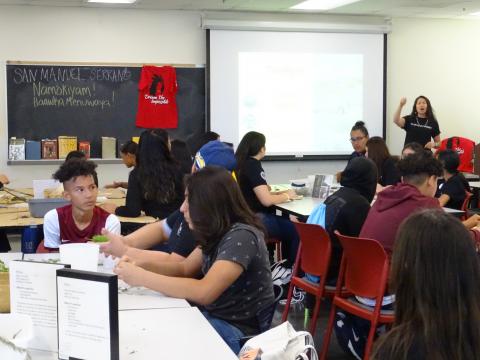 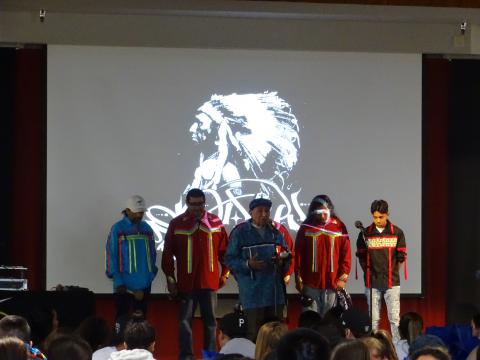