Participants from across North America competed ◆ By Mike Hiles

San Jacinto Mayor Scott Miller was among those that welcomed participants from across America and Canada to the 21st annual Payomkawichum (People of the West) Soboba Inter-Tribal Powwow at the Soboba Casino Event Center this past weekend.

"Thank you for being here and helping us understand your culture and traditions," Miller said.

The three-day event was highlighted with Grand Entries on Friday at 7 p.m., Saturday at 1:30 and 8 p.m. and Sunday at 1 p.m. An Eagle Staff and color guard led the dancers into the arena where they formed a circle, dancing to the deep thundering sounds of drumbeats that represent the heartbeat of the First Peoples.

Tom Phillips and Howie Thomson served as masters of ceremonies throughout the event and at the annual powwow preview that Soboba has been providing for local fourth- and fifth-grade students in the San Jacinto Valley for more than 10 years.

About 3,000 children from 13 elementary schools were given the opportunity to attend the living history lesson during a ninety-minute program on Friday morning. Wearing colorful school tee shirts and waving school banners and signs, the kids interacted with bird singers at the start of the program and were wildly applauding throughout the preview.

Leading a large group of bird singers of all ages, Mike Morales explained how tribes in this region used bird songs (or journey songs) to tell the migration story of how the First Peoples settled into various regions across the nation. Bird dancers, some from the Soboba Tribal Preschool, made their way to the center of the arena to join the singers.

"The melodies come from the birds themselves but we sing about all of creation: earth, plants, animals," Morales explained. "Everything is alive to us and has a spirit. We take care of Mother Earth and she takes care of us. Everything we say and sing in these ancient songs gets passed forward."

Several dancers demonstrated specific dances, such as women's Fancy Shawl, men's Prairie Chicken and women's Jingle, a powerful healing dance. Before they were introduced, a prayer was said.

"That is our tradition," Phillips told the crowd. "For us, church and state are one and the same."

The students learned about the differences between regional dances and regalia. Even the drum groups were different in their interpretation of songs based on whether they were representing the north or the south.

Andrea Daniels, a fourth-grade teacher at San Jacinto Valley Academy, said a total of 150 students from her school were there.

"This event is important because it shows the culture and shows what (the Native Americans) have brought to this valley," she said. "We're learning California history in social studies right now."

"By coming here, they are getting a better appreciation for the overall culture," he said. "I had my kids taking notes of the tribes mentioned so we can discuss them later. In my class, we are building models of the different types of homes they live in. Today they learned about the songs and dances from different tribes and now they will learn about the houses and tools they used."

Hammond said that in previous years he has had students discover they are part Native American after they have attended the preview and gotten excited about what they saw and heard.

"It's an enriching opportunity for us," he said. "It's a challenge getting our digital kids to be present and requiring them to get in the moment but this (field trip) does that."

Jessica Sanchez has been teaching fourth grade at Hemet Unified School District's Fruitvale Elementary for the past 13 years. She attended the preview with about 130 students from her school, including her class of 29.

"This is great for them to learn about California history firsthand," she said.

Juan Ordaz, of San Jacinto, was attending with his nine-year-old daughter, Adriana Ordaz.

"It was really impressive – I liked seeing all the different dances," he said. "I might bring my whole family back later this weekend."

Phillips, who participates as an MC at about 30 powwows each year, said the Soboba Band of Luiseño Indians is the only tribe he knows that offers a powwow preview for its local elementary schoolchildren.

"I love the spirit of the kids," said Phillips, who comes from a family of teachers and is also one.

He also said he likes showing the culture and evolution of the different tribes and teaching the kids that Native Americans are about a lot more than what they see on television and in movies.

Hundreds of spectators came and went throughout the weekend, enjoying the ambiance of the event. Vendors, whose booths surrounded the arena, offered Native American-inspired jewelry, clothing and food. 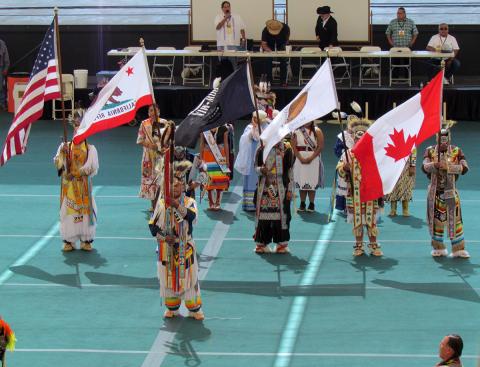 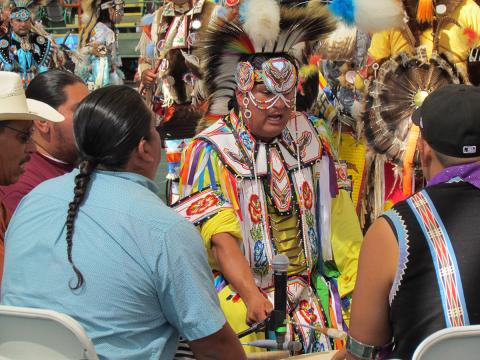 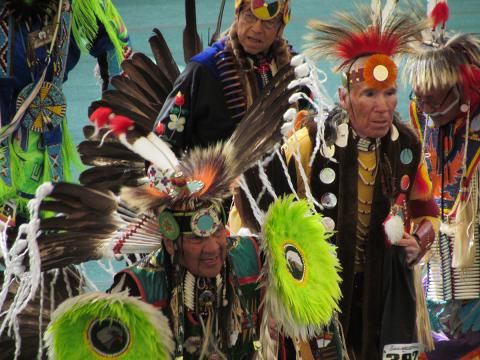 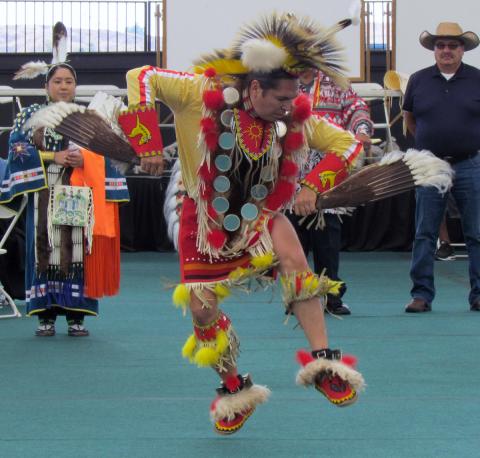