The vision of the Soboba Foundation can be seen through its mission statement, which is to provide financial assistance for educational and charitable activities that preserve the cultural heritage of the Soboba Band and support Native American and local community programs. By striving to achieve this mission statement and overall vision of the Tribe, the Foundation is able to provide much needed assistance and funding to organizations and charities that are in need of support. Since its establishment in 2010, the Soboba Foundation has been successful in achieving this missions statement, and will continue to strive to continuously meet this goal year after year to ensure that this type of support is continued.

In the efforts to achieve the visions of the Tribe, the Foundation continues to offer financial assistance to Tribal organizations, non-profit charities, and other community organizations within Southern California. Specifically, the Foundation aims to support educational, health, economic development, and special projects within Southern California.

The Soboba Band of Luiseño Indians allocates funding to the Soboba Foundation for charitable giving purposes that are distributed to various organizations or non-profit groups. Organizations may apply for funding by way of an application which are submitted for consideration for funding. These applications are reviewed by the Soboba Foundation Board of Directors. During their regularly scheduled meetings, The Foundation Board determines whether the request for funding falls within the funding priorities of the Foundation. 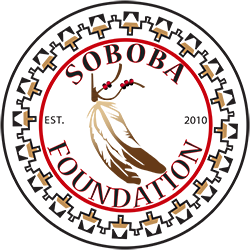 Interested in seeing if you
qualify for a Sponsorship?

Soboba Foundation Board of Directors 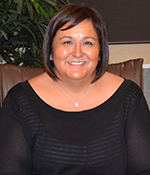 President Dondi Silvas was raised on the Soboba Indian Reservation and is the daughter of the late Charles "B-bop" Silvas and Yvonne Silvas. She is the proud mother of Joseph Burton, who plays professional basketball overseas, currently in Finland with his family. She is the proud Glamma of two beautiful grandloves. Spending time with family and friends is what she enjoys most. Dondi is currently working as Administrative Assistant for Housing/Tribal Credit. She has been a board member for NIAA (National Indian Athletics Association) softball committee. Dondi has dedicated many years to supporting her son in achieving his dreams and goals. Now that Joseph Burton has fulfilled most of his goals and continues to keep working on them, his mom has the opportunity to get more involved with her tribe and sitting on the Foundation allows her to reach out and help others. Dondi enjoys attending events where she can reconnect with old friends and make new ones. She feels truly blessed to be part of the Soboba Tribe, which has touched so many lives by giving back. Vice President Catherine "Cat" Modesto has lived on the reservation off and on her entire life. She loves helping people and is looking forward to serving on the Soboba Foundation board to help those in her own community as well as neighboring ones. Cat has volunteered with the Intertribal Pow Wow committee for about eight years and enjoyed the experience of being part of so much culture and tradition. She also volunteered for the Election Committee for Tribal elections. When her younger sister, Michelle Modesto, was secretary for the Soboba Foundation, Cat had the opportunity to help out with many events such as being a judge at the annual Lip Sync contest, distributing turkey dinners to those in need and helping with the annual Soboba Gives Back! Toy Drive. She lives with her husband Raymond Godinez, a proud veteran of the U.S. Marine Corps, and has three daughters: Kiana LeAnn, Destiny $u’la and Aria Yolanda; two sons: Jerome Caleb and Zeppelin Lee and one grandson: Jax Logan. She is thankful for the Tribe’s higher education program that helped her attend esthetician school and become licensed in the state of California. In her free time, she loves to shop, hang with her sisters, take mini vacations with her family, cook and shop some more.. Secretary Antonia Briones-Venegas has lived on the reservation her entire life. She has been involved with many community activities and has served her Tribe through various volunteer positions. She began volunteering for the Election Committee and then ran for positions on various boards. She has been on the Noli Indian School Board for six years and is currently serving as president. She also sits on the board for St. Jude Mission School at St. Joseph’s Catholic Church. She was recently voted in as a member of the AMIHA housing board. She always likes trying something new and is excited to be part of the Soboba Foundation board to learn how things work and to help others. She is a kindergarten aide at Soboba Tribal Preschool and is attending Mt. San Jacinto College to earn her associate degree in Child Development. She is married to Salvador Venegas and is the proud mother of four sons: Edwin, 17, Jesse, 14, Kevin, 12 and Samuel, 8. When she has any spare time, she spends it working a food booth where she makes and sells Indian tacos. She often does fundraisers for schools and different sports leagues. Whenever she can, she likes going to the beach with her children. Treasurer Julie Arrietta-Parcero was part of the inaugural Soboba Tribal Member Employment Development Program in 2016 and after a one-year internship, she was hired permanently as the front desk receptionist. She enjoys her job, being the first point of contact for visitors to the Soboba Tribal Administration office. She performs friendly customer service on a regular basis and said the best part of her job is helping people.
Julie has been representing the Soboba Band of Luiseño Indians for the Riverside-San Bernardino County Indian Health Inc. Board of Directors since January of 2013 and enjoys helping to write policies, attend conferences and assist with hosting conferences for men and women. She finds the mini-Olympics event for children a favorite event. She welcomes the many opportunities she is given to communicate with other reservations regarding keeping all the clinics up to date and ensuring everything is running as smoothly as possible.
Julie and her husband Albert Parcero live in San Jacinto and have four children: Jenna, Alan, Michelle and Ajay. 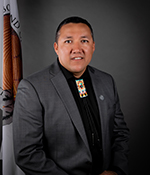 Member-at-Large Daniel Valdez grew up on the Soboba Reservation. He wants to be involved with the Soboba Foundation to give back to the community and be part of the efforts to help others. He participated in the last Thanksgiving Food Drive held for families from Hemet and San Jacinto Unified School Districts. He also participates in Soboba Foundation’s annual charity golf tournament, which he enjoys attending. Immediately following graduation from high school, Daniel worked as a lifeguard at the Soboba Sports Complex. Benefitting from the Tribe’s Higher Education program, he attended auto mechanics school in Sacramento, where he also participated in off-road racing. The program also assisted Daniel in attending culinary school which led to him working as a line cook at the Soboba Springs Golf Course and then the Soboba Tribal Preschool. He was part of the Soboba Cultural Resource Department’s Canyon Crew and then worked with the Soboba Public Works Department. Daniel served as a board alternate for the All Mission Indian Housing Authority in 2020 and was elected to Soboba Tribal Council in 2020. He has three children: Daniel Jr., 14, Gloria Valdez, 12, and Bruce Valdez, 1. He has been married to Genevieve Valdez since 2018. Thanks to Soboba’s housing loan program, Daniel was able to move into a newly constructed home on the reservation in 2018. In his spare time, Daniel likes off-roading, camping and spending time with his family. Member-at-Large Monica Herrera was raised on the Soboba Reservation and continues to live there with her husband, Gabriel Herrera, and their six children. She took an interest in Tribal government at an early age, volunteering her time with Soboba Youth Council as a teen. As an adult, she served on the Enrollment Committee for 10 years and the Noli Indian School board for nine years. She was first elected to Tribal Council in 2015. This year, she was elected to a fourth term and is currently serving as secretary.
She enjoys the close-knit community she calls home and is always eager to help all age levels get more involved. Her positive outlook translates to surrounding communities as she participates in as many events as possible that are supported by the Soboba Foundation.
Monica can appreciate all the hard work that goes into managing a nonprofit and anticipates there will be much more to do now that things are getting back to normal, post-pandemic. She is up for the challenge and is excited to work with the successful team that has been doing incredible things to assist local charitable organizations in meeting their missions and visions. 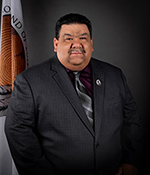 Member-at-Large Isaiah Vivanco is a lifelong resident of the Soboba Band of Luiseño Indians Reservation and was recently elected to serve as Chairman for the Soboba Tribal Council. This is his sixth term overall, having served as Vice-Chairman for three terms. He was elected to the Soboba Foundation in 2014 and currently serves as the Tournament Director for the annual Soboba Foundation & Soboba Casino Resort Charity Golf Tournament, the foundation's most successful fundraising activity. He has been on the NIAA softball tournament committee since its inception. Isaiah also serves as an executive committee member to the Compact Tribes Steering Committee and as Tribal Liaison to the Soboba Economic Development Corporation. Isaiah was recently elected to serve on the CNIGA Executive Committee as treasurer to assist with its efforts to promote and protect Tribal government gaming and protect Tribal sovereignty. He previously worked for Valley-Wide Recreation and Park District for 28 years, before retiring in 2015 to dedicate all his time to the tribe. He enjoys playing Peon and watching his children sing and dance at Bird Singing gatherings. He also likes golfing and fastpitch softball. Isaiah works hard to deliver strong leadership for his tribe. It is very important to him to provide for the current membership as well as future generations to come.

Member-at-Large Kelli Hurtado is a lifelong resident of the Soboba Band of Luiseño Indians Reservation and has dedicated herself to serving her tribe and community in many ways throughout the years. She is currently serving as Sergeant at Arms on Tribal Council.
During her last four-year term on the Council, Kelli was part of the new Soboba Casino Resort coming together from the ground up that oversaw day-to-day operations. She served as the Council’s liaison to the Noli Indian School board and served on boards for St. Jude School and the California Tribal Families Coalition. Kelli has done trainings for NAMI (National Alliance on Mental Illness) to help families better understand mental illness issues their loved ones are facing.
As a busy mother of four and grandmother of three, health and fitness are important to Kelli and she is developing programs at Soboba to promote healthier eating, cooking and exercising. Kelli knows firsthand how devastating a cancer diagnosis can be as she was diagnosed in 2019. She is now a breast cancer survivor and focuses on her health and getting people around her healthy as well.
Kelli is looking forward to working closely with local nonprofits and other charitable groups that share her desire to help others live their best life.