When Lorin Alvarez began teaching at Noli Indian School on the Soboba Reservation about five years ago, she did not realize she would have the opportunity to combine her two passions in the classroom. But this school year she has been able to add a drama class to the roster of offerings for middle and high school students.

A lifelong San Jacinto Valley resident, Alvarez graduated from Hemet High School in 2009. She attended UC, Irvine for its drama program with the intention of making musical theater her full-time job.

“About two years into college, I took an Arts in Education course, for a general education credit,” she said. “I fell in love with the marriage of arts and education, and it really opened my eyes to the possibility of teaching and bringing my theater training into the classroom. I also liked the idea of stability and job security which can be hard to come by in the performance world but can be found in teaching.”

However, she started out as the middle school history teacher at Noli and then took on one section of AVID, a program that provides scaffolded support that educators and students need to encourage college and career readiness and success. Since the 2020-2021 school year, Alvarez has been the AVID program coordinator.

During the first semester of the current school year, she formed an after-school drama club. Because students have so many different obligations at that time, such as sports, the club was able to be developed into a seventh period elective class. For high school students, it meets their performing arts graduation requirement and for middle schoolers, they can choose to take Drama or Culture.

“I hope to share several aspects of my college experience with my students,” Alvarez said. “I want them to be well-rounded artists and understand the history of theater, the technical side and the performance side.”

Once it was an official drama class, students started working on their production of “Little Red Riding Hood, A Fractured Tale.” Members from each grade level got involved, and working together, they painted and created all the sets, made some of the props and costumes and came together for the April 21 performances. The first was for the Soboba Tribal Preschool students, followed by one for teachers, parents and other invited guests.

“We were doing this on a small scale, but all the students got to learn what all it takes to put on a show,” Alvarez said.

The cast of characters were Phyllis Morillo as Narrator A, Melissa Sosa as Narrator B, Yedra Arredondo as Red Riding Hood, Maricela Sosa as the Wolf, Alena Duenas as the Woodswoman, Kai-Emi Arredondo as Grammy and Mom and as part of the Ensemble that also featured Alaina Espinoza and Tekla Sanchez.

“In order to be successful in my class, I am looking for students to be dedicated and follow through on their commitment. I want my students to understand that being in a production means that they are part of something larger than themselves and they have others counting on them. That camaraderie means something, and all the students need to be dedicated to their commitment for the production to be a success,” Alvarez said. “I felt that the students did an amazing job stepping up and filling in for the castmates who weren't able to make it to the production and I was so proud to watch them so readily complete any necessary task or role to help the show come together at the end.”

Kai-Emi, whose sister played the title role, said her family has always been expressive in artistic ways and she enjoyed being involved with the whole process of the class production.

Alaina said she likes how everyone comes together and how people can be self-expressive without feeling judged. She admits it can be a little scary performing in front of an audience but you have to decide to play the character and have fun with it.

“Arts is my passion as I grew up being around different types of music,” Alaina said. “My dad is a musician, so I grew up with musicals and find them to be so fascinating; it’s in my genes.”

Tekla said she enjoyed the singing and dancing that was done by members of the ensemble.

Others said the class is a place where they can feel free to express themselves in different ways. It helps them gain social skills and learn to vocalize more without fear of being judged.

Noli science teacher Jay Dagostino helps out when and where he can. Being involved with sports and theater since middle school, he can appreciate how students can feel pulled in many directions. He assisted the students in learning about blocking and characterization/voices.

“It was great to see them go from reading lines to learning lines to becoming their character,” he said. “I love the unity in this class.”

Alvarez said they are still in the building phase of the program, seeking out students with an interest in theater, but she hopes to accomplish a two-production school year in the future.

“If it were to be possible, I do intend to follow the typical high school offerings of a winter drama and spring musical,” she said. “There are several amazing stories to be told from the Indigenous community and I will absolutely be integrating my students’ culture into our program, as well.”

Alvarez said that what she loves most about theater and what she wants to share with her students is the thrill of a well put together performance and the family that grows from being part of a strong theater program.

“My goal for the students is to provide as many performance opportunities as possible,” she said. “I hope to introduce them to all aspects of theater and have them leaving Noli with a well-rounded knowledge of theater arts.” 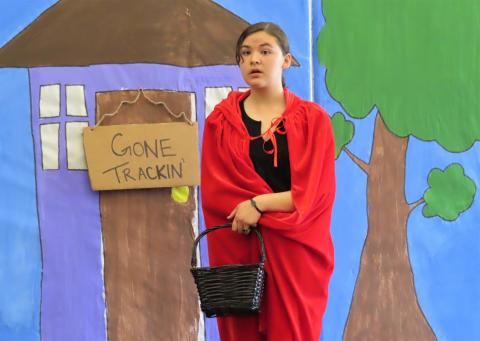 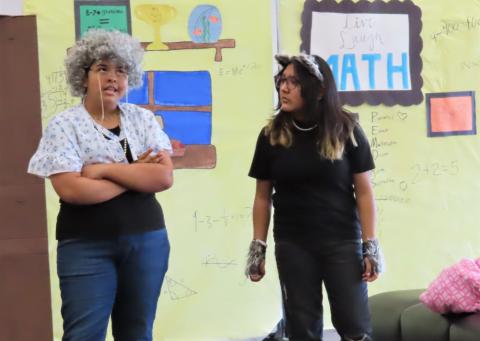 Kai-Emi Arredondo as “Grammy” chats with the big, bad wolf, played by Maricela Sosa during a recent production 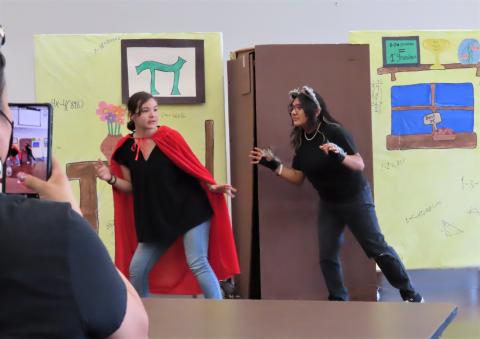 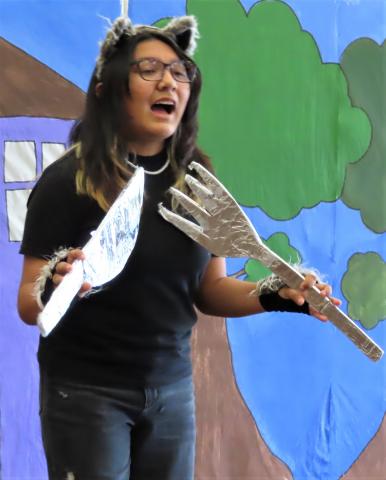 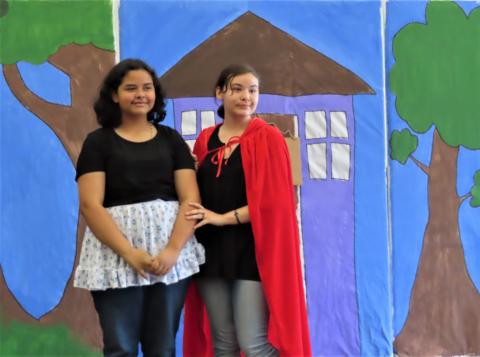 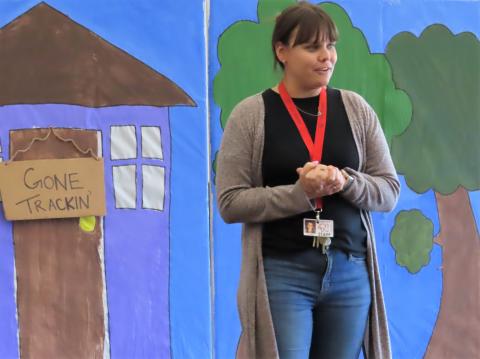