Who says victory is only for the pros? The Soboba Adult Basketball Men's League has worked hard to bring that feeling to the San Jacinto Valley, and for the 13th year now, have made it to the League Championship games at the Soboba Sports Complex.

Andy Silvas is in charge of coordinating the championships at Soboba. "We've been running the men's league since 2006, and it is open to everyone," he said. "We have our season play which leads to our seeded single elimination tournament bracket to determine the champion."

And here's how the tournament played out: Monday, April 23 saw the "Toon Squad" take on "Old Skool" to kick off the preliminaries, with the Toon Squad taking them out 93-78. This was followed by the "Monstars" playing against the "Blazers." The Monstars left the Blazers seeing stars, and a score of 43-34. Then, the "Braves" faced the boys of Morongo, resulting in the Braves having a score of 89-76 to show for their bravery.

Wednesday, April 25 was finals night for the League, when the top seeded "San Jacinto Ballers" dropped in. Their first task was to brave the Braves, winning a close game 103-96. The Monstars kept game two against the Toon Squad interesting, taking the game into overtime and pulling out a narrow defeat of 66-64.

But the Ballers proved to be the top team in the tournament, keeping the Monstars at a comfortable distance the whole game to take victory 96-66.

Congratulations to this year's winning Ballers!

Now that this year's season is over, it's time to get in shape for 2019! If you've got game and want to play in the Soboba Men's League, visit the Soboba Sports Complex at 24340 Soboba Road, San Jacinto or give them a call at 951-654-1319. You might just be a part of the tournament next season! 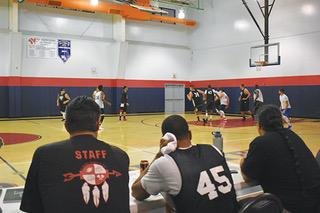 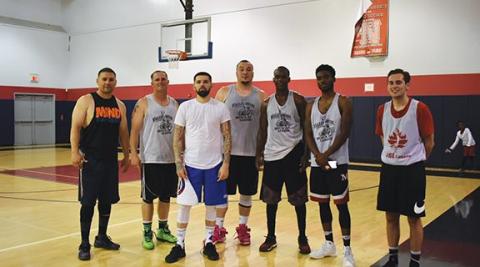