Tashina Ornelas wants to be sure her students understand the history that led to their current-day existence and the important contributions Native Americans have made throughout the years. This is why two courses have been added at Noli Indian School this semester: California Indian History and Native Literature.

"The idea for these classes came about since the overall need for our small school is to create new classes that are fresh, relevant and exciting," Noli Principal Donovan Post said. "We also take into consideration how much culture means to our school and what a fantastic teacher Ms. Ornelas is."

Both classes are electives that are open to all high school students at the school that serves grades six through 12. Each class is offered one period a day with several students enrolled in each. Ornelas said the purpose of each class is different.

"For California Indian History, I hope students take away with them a better understanding of how the three major colonization periods – Spanish, Mexican and American – impacted, changed and shaped the tribes of Southern California into who they are today," Ornelas said.

Seventeen-year-old Delbert Briones said he enrolled in the class to learn even more about his culture and its traditions and ceremonies. During a recent class meeting, Ornelas talked about the rites of passage ritual ceremonies that were held for young boys and girls.

"This course is important to offer because our history, as California Natives, is not translated within the curriculum or standards set forth by the state of California," Ornelas explained. "Our story is often either misinterpreted or completely disregarded within the scope of common history courses. The Culture Department at Noli has the ability to set a standard for our students by sharing and discussing openly our history, trials and tribulations as well as the positive efforts and steps made along the way by Southern California Tribal Communities."

For the literature class, Ornelas hopes students are inspired by the amount of literary works that are in circulation regarding Native Peoples and more specifically California Native authors and texts ranging from poetry, novels, academic study works, tribally-published language texts, short stories and comics.

"The access to material is plenty and the genres are expansive enough to engage students' various interests," Ornelas said.

She feels the course is important to offer because most high school students might not have the opportunity of exposure to these texts until they are in a college course or possibly passed onto them by friends or family members taking similar courses.

"Making these texts available to the students and guiding them through the Native works with meaningful discussion and higher-level thinking order allows the students to engage in relevant conversation building insight further into Native literary themes like culture, history, identity, land and religion," Ornelas said.

"As we move forward into this modern world with our viewpoints and our tribal businesses, it is important to remember where we came from and what was sacrificed," he said. "In the Native Lit class, it's just wonderful to show off the talents of several native writers, many of which are unknown to the larger masses."

This is the first time the classes are being offered, which was made possible by a revamping of the culture program at Noli, moving Ornelas from lower grades to high school level only.

"The change allows Ms. Ornelas to open her schedule, so these new classes can take place. It gives a great teacher a chance to really show off how wonderful she is," Post said, adding that enrollment will likely increase in subsequent semesters.

Ornelas feels the classes will expand by word of mouth, the way most information is disseminated through Native country.

"Students will share their new knowledge and understanding of the information they have been given and encourage their fellow classmates, family and community youth to take the courses and most importantly, ask questions and stay involved within the Culture Department," she said.

The feedback from students and staff has been very positive. Ornelas looks forward to hearing from the community once the yearly curriculum has been set and completed by the Noli students.

"I am open to suggestions and questions on how I can expand upon these new courses and hope to continue to establish new culturally relevant classes in the future," she said. 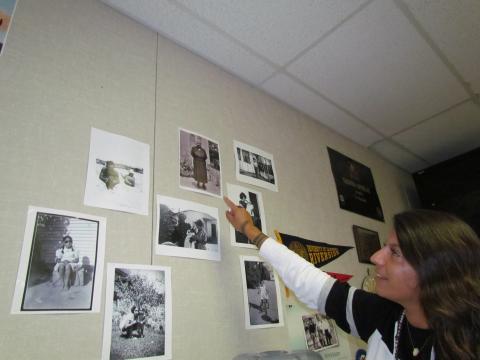 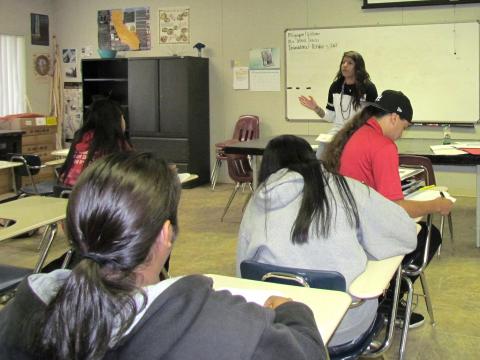