When Vanessa Fernandez and Shania House graduated from Noli Indian School on the Soboba Indian Reservation in June of 2021, they were ranked first and second in their senior class of 13. As valedictorian, Fernandez spoke at commencement of looking forward to the opportunity to further her education to advance herself with integrity and dignity as she continues to honor her Indigenous heritage. Salutatorian House shared that she learned that hard work pays off and encouraged her classmates to never stop believing in themselves and never stop working towards their dreams.

The cousins, both members of the Navajo Nation, are in their second year of college. Fernandez is studying Sociology with an emphasis on Native Studies at UC, Berkeley and House is a psychology major at UC, Irvine. About a year and a half ago, they began to collaborate on a project that is of great importance to them as Native American women.

With the help of funding from Thriving Women Fellowship sponsored by the 7th Generation Fund, they began researching the plight of Missing and Murdered Indigenous Women. Having recently completed a PowerPoint presentation on the subject, Fernandez and House visited their alma mater to educate current students on the problem and what they can possibly do to help.

“This was a personal project, but it was supported by my studies at the university,” Fernandez said. “Shania and I work well together and have the same goals so we’ve been working on this project together since application.”

They describe MMIW as an epidemic of disproportionate violence against Indigenous women in the Americas, whereas Indigenous women and girls are irregularly the victims of femicide, which is the intentional killing of women or girls because they are female.

“Noli is the first school we’ve presented at and was our target audience,” Fernandez said. “This was more of a longitudinal study to present our research through scholarship and our school’s teachings as well as amplify our existing knowledge. It is a project to further expand on communal knowledge on MMIW. Statistics are important, however, they were not our main research goal, as it is a qualitative study.”

Although living miles away from one another, Fernandez and House communicated consistently through all forms of media, but phone was the most used. Occasionally, Fernandez would fly down to Southern California for in-person meetings.

Students from each high school grade level had the opportunity to attend one of the 45-minute sessions held throughout the morning of Sept. 16 in the classroom of Lorin Alvarez, who oversees the school’s AVID program.
Titled “MMIW: Rooted in Colonization” the “fundamental theme proposed within this project will be depicted as a form of conviction towards the American government overlooking the avoided and rejected wave of cases; in its relation to the purpose of explaining and examining the concerns facing Native American/Indigenous communities within the national crisis. This presentation serves as an intro to the ties of MMIW and its relation to America’s colonization tactics of assimilation, termination and American exceptionalism.”

Fernandez and House delved into the basis of MMIW and what ties it to modern colonialism. They also presented a review of Native American history and the solution to the “Indian Problem.” This was followed by statistics and case studies.

“We collaborated on all studies, but Shania was focused on statistics and case studies, as well as the sex trafficking portion,” Fernandez said.

The purpose of the presentation is to properly educate those with no or little previous knowledge of MMIW in or outside of Indigenous communities, contribute to the pursuit of philosophy and investigation regarding this subject and to consider the detachment of resources with the media’s lack of efforts in representation, history and/or awareness included in MMIW.

“We hope to educate the Indigenous youth on why these things are happening within the community rather than accept it as a consequence of being Native,” Fernandez said.

While much needs to be done before this dire problem can be resolved, headway is being made at many levels, thanks to exposure from those willing to speak up about the problem.

Assemblymember James Ramos, a longstanding member of the San Manuel Band of Mission Indians, helped author and promote an assembly bill known as the “Feather Alert.” It is similar to the Amber Alert for young children and the Silver Alert for senior citizens which require a law enforcement agency to activate the Emergency Alert System so the public can assist in the safe recovery of any endangered person who is reported missing under unexplained or suspicious circumstances. The Feather Alert will do the same for an Indigenous person.

AB 1314 successfully passed through the assembly and is currently on Gov. Gavin Newsom’s desk. He has until the end of the month to sign it into law. The bill was initially proposed following the select committee hearing on Missing and Murdered Indigenous Person issues in May of 2022. Ramos identified a vehicle in the Senate and amended that vehicle into its current form, the Feather Alert. After the Senate policy committee, it had to go to the Senate floor for a full vote, then returned back to the Assembly for concurrence.

The driving force behind AB 1314 was not only the plight of women and children but the fact that this is an issue that plagues every single Tribe in California. The hope is that the Feather Alert can help to move the State in the right direction.
“AB 1314 would bring attention and effort to end a cycle of violence in Tribal lands across California and the nation,” Ramos said.

This bill is important because of the implications it will have on Tribal communities. The Feather Alert will finally start shedding light on those who go missing under unexplained circumstances and can start bringing those who went missing home. If signed, it will become active Jan. 1, 2023. 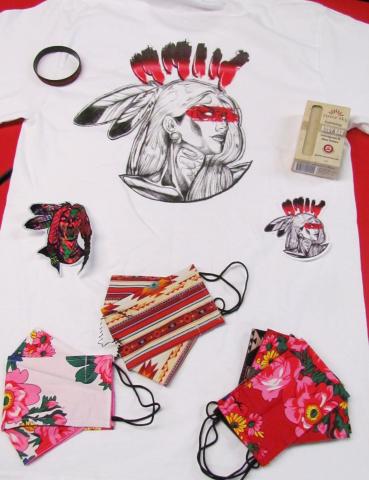 Vanessa Fernandez, who won multiple awards during her high school years at Noli for writing, art, science, athletics and academics, designed several of the items that were available to students who attended the presentation she and Shania House made at their alma mater on Sept. 16 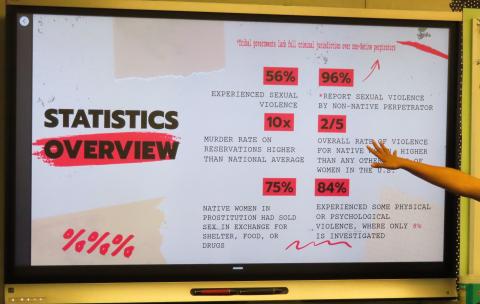 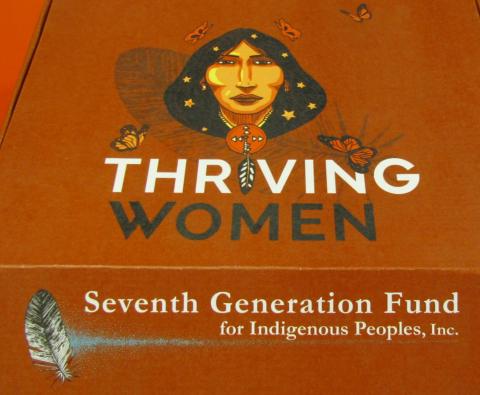