Students at Noli Indian School at the Soboba Band of Lusieño Indians reservation arrived for the first day of school on Thursday with new clothes, new shoes and backpacks filled with all the tools needed to have a successful academic experience. Behind the scenes there are administrators and a governing board who are working hard to help them achieve their goals.

The Noli School Board is comprised of five members who are nominated and elected by the tribe's general membership to serve a two-year term. Elections are held in April if there are seats to be filled. Mike Placencia serves as president, Lucille Briones is vice president, Geneva Mojado is secretary and Antonia Venegas and Sandy Boniface are members at large.

Soboba Tribal Council Treasurer Kelli Hurtado serves as the liaison between the council and the school board, to keep communication lines open.

"I was one of the first five students at Noli in 1989," said Hurtado, who is happy to be involved.

Meetings are scheduled twice monthly and Hurtado sits in on each of them, except for any closed sessions that may be taking place. Noli principal Donovan Post said the board helps with student policies and anything to do with student life there.

"They do not deal with discipline but they are the students' biggest cheerleaders when it comes to their education and self-growth," he said. "They help create the vision that pushes our students to become well-educated members of their tribes."

Briones, who raised four sons, has been on the school board for 15 years.

"I like to be interactive with kids and our Indian children here," she said. "There are more reservations sending their students to our school because they don't have schools of their own."

Several tribes are regularly represented in the student body at Noli that serves grades six through 12. Post said there are usually about 135 students at the school each year.

"We keep class sizes small to better work with students," he said. "It's a Catch-22 situation; we need more space to accommodate more students but then we would need a larger budget to hire more staff members to work with them."

Placencia, in the second year of his second term, got involved because he wanted to help the school and the kids. He has a young daughter who just started first grade at a Hemet elementary school after attending kindergarten at the Soboba Tribal Preschool.

"We are always looking for funds," he said. "I would love to renovate the school."

Briones said the board has been trying for years to get a permanent building instead of modular classrooms for the students.

Venegas, who has four sons, was recently re-elected to a second term.

"The tribe helped me with going to school and working and part of that help required me to give back to the community and I like working with children," she said.

She also likes the culture classes offered at the school which Post believes is the biggest draw for Native students who choose to attend Noli instead of other schools.

"They mostly teach Luiseño-based lessons about our plants, our language, bird singing, the native plants that grow here and things like that – the Luiseño culture is everywhere, not just at Soboba," she said.

Mojado, mother of two, has been on the school board for three terms over the years. She also served as Tribal Council Liaison for two terms.

"I joined the board because I'm passionate about Native youth and education," she said. "I think the biggest challenges youth face today are drugs and alcohol abuse. Keeping kids busy all year long and not just during the school year would help and also having them find a positive mentor to keep them on track."

Boniface has three sons who all attended Noli and she was employed as a secretary at the school in the 1990s. She has been on the board for six years.

The board works closely with the staff at Noli to resolve any issues – the most difficult being expulsion hearings. These could result in anything from a student facing removal for poor attendance, poor grades or coming to school under the influence.

"We tell the students facing expulsion that we want to help them – that we are not there to punish them but to put certain stipulations on them, in a contract form, that will get them the help they need. It also helps the parents," Venegas said. "I think the biggest challenge facing young people today is negative peer pressure."

Post said he would like to see the graduation credit requirement increased to 240, from 220 and to see an extra year of math added to improve chances of college acceptance.

"The hardest part of being on the school board is trying to make sure all the students are happy – we are constantly juggling things to keep all groups happy," Placencia said. "We try to balance everything to please staff and others, too."

Noli Indian School is on the same academic calendar as the San Jacinto Unified School District and the school offers all the same sports as other schools. They just don't have the budget to hire coaches so the staff all pitch in to help with that. Also, with a limited number of students in each grade level, it can be difficult to put together highly-competitive teams.

Board members also oversee approval for major purchases and program presentations that are suggested by outside vendors, such as one that Mojado provides.

"I work for the Native Challenge Department at Riverside-San Bernardino County Indian Health as a Health Educator," she explained. "We are grant funded and provide teen pregnancy prevention service to Noli School as well as Sherman Indian High School. We teach two evidence-based curriculums."

Other proposed programs, such as an anti-smoking campaign and wellness lessons, are often approved and offered on a regular basis to students. Placencia said students react better if the programs are Native based.

"We have to weigh everything out and ask if it's good for the kids and if it's in our budget to allow it," Venegas said.

New board members are required to complete 40 hours of training in their first year and members consistently attend trainings throughout their tenure. This includes annual conferences and trainings held in various places such as Seattle, Sacramento and Las Vegas.

Topics such as safety in schools, bullying, special education and awareness are presented to assist school personnel with making their sites the best and safest place a student can be.

"We all go to our yearly school safety conference," Post said. "With the increase in school violence this has been the most important, information-wise. It also lets us network and see what other schools are doing and helps to better prepare for something that we all hope never happens."

Hurtado is excited for the new school year and especially for the seniors who are in their final year at Noli.

"We just want all the parents to know that we love their kids," she said. 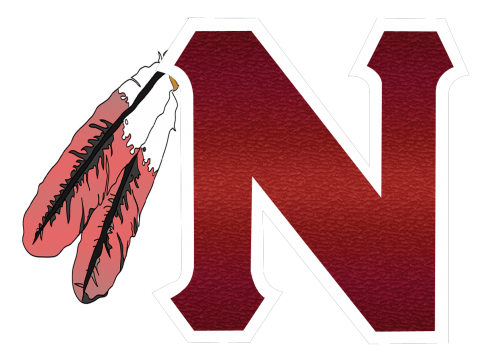