The Soboba Elders have been hosting a New Year’s Eve Celebration for about a decade now and this year was no exception. More than 400 elders and their guests from several neighboring tribes enjoyed a meal, music, dancing, raffles and great entertainment.

"We have 117 (Soboba) tribal members who are elders," Raina Maciel said. Elders are 55 years of age and older.

Soboba Elders board members joined forces with Erica Schenk, who serves as the Soboba Elders Coordinator, and Glitter & Grace Events to make sure this year was a joyful gathering. President Francie Diaz, Vice President Carlene Masiel and Secretary/Treasurer Raina Maciel were pleased with the well-attended event at the Soboba Sports Complex on December 28.

Diaz said Soboba is the only tribe that hosts a New Year’s Eve party. Elders at other tribes host Christmas parties and groups make the rounds to different reservations throughout the holiday season.

"Our goal is making sure everybody is having a good time – we don’t get to see each other often enough," Diaz said.

After she welcomed guests from tribes such as Agua Caliente, Morongo, Pala, Pechanga, Rincon, Santa Rosa and Torres Martinez lunch – catered by Emilio’s Restaurant in San Jacinto – was served.

Special guest entertainer Brenton Wood gave an electrifying concert, consisting of all of his greatest hits from the past 50 years. Forty lucky guests, including Dorothy Zettas, were chosen to have their photo taken with the singer. Each received an autographed copy of his Golden Anniversary Collector’s Edition CD "Legend" as well as the framed photo.

"It was my late brother Robert Salgado’s idea and vision to have Brenton Wood to perform; we just fulfilled his dream," Diaz said. Robert "Bobby" Salgado passed away in March of 2016. "Brenton Wood was Bobby’s long time friend. Brenton would come to Soboba and visit with Bob at his house."

A dance floor was set out for guests to boogie and a couples’ dance contest gave them a chance to show off their moves to the Twist, Stroll, Mashed Potato and other dances that were popular in the 1960s.

The first place cash prize of $200 was awarded to Angelina Merritt, of Torres Martinez, and Mel Lavato, of Pala.

"We used to work together at Pechanga and I like the way he dances," said Merritt, 61. Her resolutions for the future include "living longer and having more fun doing it."

Mike Madrigal, a member of the Cahuilla Band near Anza, said he felt the event was a big success for the community. He was one of the dance contest participants, sharing the dance floor with Sylvia Arzate from the Santa Rosa reservation.

"One of my New Year’s resolutions is to read more and to prepare to return to graduate school," Madrigal said.

Soboba Elder Marian Chacon was one of the many raffle winners of gifts such as a $50 Stater Bros. gift card, Indian blankets and other great items. She has been attending the New Year’s Eve Celebration for about 10 years and enjoys seeing all the tribes come together for the event.

"I like getting to see everybody, especially those you don’t get to see much except maybe at funerals," said Chacon, 80. "It’s a nice get together and everybody seems to enjoy it."

As far as resolutions for 2017, Chacon said she doesn’t traditionally make any for herself.

"If I did, I wouldn’t follow them," she said with a laugh.

Her friend since 1954, Rachel Miranda of San Jacinto, sat with Chacon at the table that was elegantly decorated in a black and white color scheme with gold accents. A centerpiece of red roses topped each table. Gina Nevarez and Charlene Velazquez operate Glitter & Grace Events and were in charge of transforming the sports complex into a party venue.

Schenk said organizing the celebration began in mid-August and said her biggest challenge was making sure everyone got invited.

"It’s not our custom to leave anybody out," said Schenk, who has been the Soboba Elders Coordinator for about four years.

The Soboba Elders who choose to participate in the many activities that will be offered in 2017 will undoubtedly stay busy. Aside from the monthly meetings that alternate between potlucks and catered meals, there will be opportunities to attend sports events and other outings. Two major vacation trips being planned are seven days in Hawaii and seven days in San Francisco and the Napa Valley area. Elders are allowed to choose which one of the major trips they want to take – all expenses paid.

"We try to keep everyone involved," Diaz said. "My goal for this year is to try to stay healthy and to stay involved in tribal affairs and continue trying to make a positive contribution for our present as well as our future generations here at Soboba."

The celebration ended with a toast of sparkling cider as Brenton Wood and audience members sang "Auld Lang Syne" together. 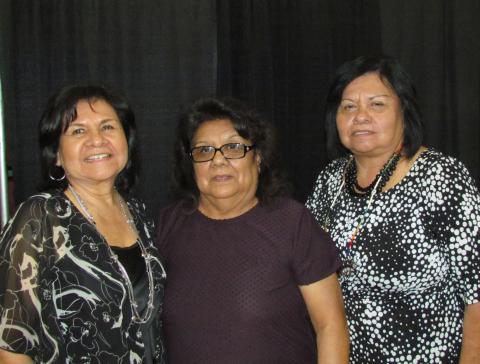 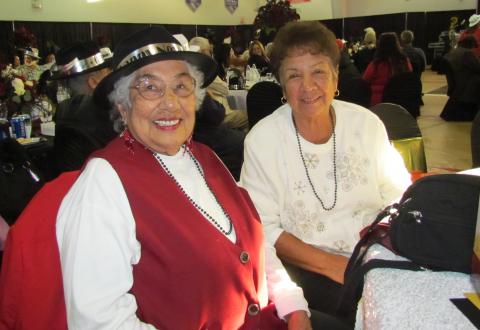 Marian Chacon, left, and Rachel Miranda have been friends since 1954 and enjoyed the Soboba Elders New Year's Eve Celebration 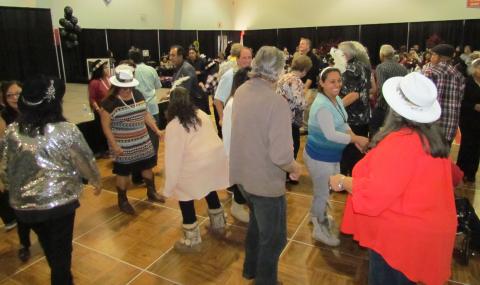 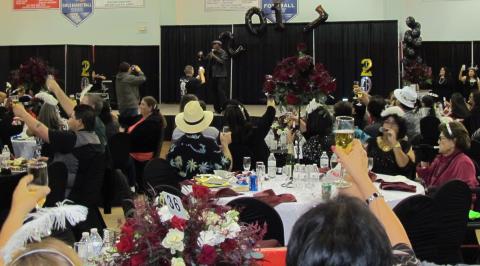 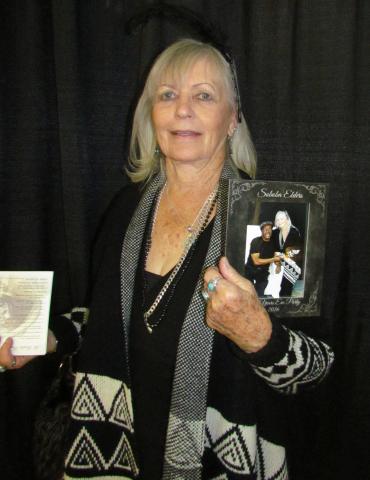 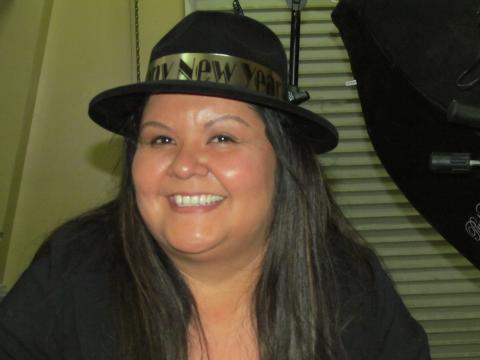 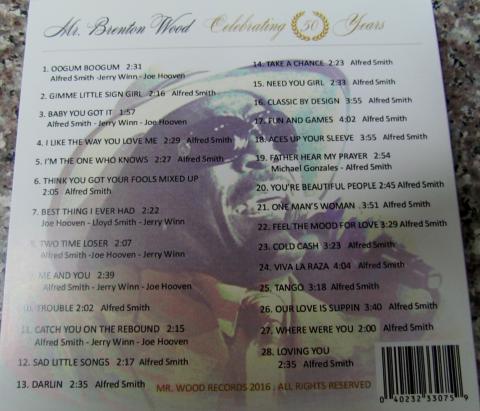