The Soboba Vegas bowling league is in the throes of its winter season, with more than 10 teams playing at AMF Hemet Lanes to be ready for a tournament at The Orleans Hotel & Casino in Las Vegas in April. Each four-player team meets on Thursday nights to hone its skills while enjoying some friendly competition.

Team names include Not Concentrating, Split Happens, Outlaws and the Regulators. A few of the teams are sponsored by local businesses or brands, such as Empire, Derby's Rollers and BULC.

Jesse Vivanco, owner of Derby's Bar & Grill which is adjacent to the bowling alley, helped organize the league and has been its president. He currently bowls on Team BULC, which is a brand he started to support local DJs Devin Hype and DJ Victor.

When the league first started in the late 1980s, it was named Soboba Bingo and continued for 10 years until Vivanco took a six-year break from bowling and took over the ownership of The Wheelhouse Roller Skating Center. During that time he opened The Wheelhouse Bar between the bowling center and the skating rink.

"Once the bar was open as a sports club bar, I was approached by my cousin Isaiah Vivanco to start the league back up and it has been running for the past 13 years," he said.

The Wheelhouse rink is still open and operating as a multipurpose venue for weddings, parties, receptions and as a skating rink. Last August, The Wheelhouse Sports Club was chosen for a makeover rebranding as part of Spike TV's Bar Rescue show and the name Derby's Bar & Grill was the end result.

"We are now known as Derby's, a concept bar with a roller derby décor," said Vivanco, whose interest in the sport of bowling stretches back to his childhood.

"As a child we were allowed to go watch my dad bowl with his brother, Salvador Vivanco, who had a love for the sport that carried into my family along with most of our (Soboba) families," he said. "At the age of 15, my father, along with uncle Sal, gave me all the instructions I needed to be the bowler I am today. I have reached my ultimate goal of bowling a 300 game and later 800 series, which is every bowler's dream. I currently am averaging 216 in the league."

Dondi Silvas started playing in a summer league in 2009 with her girlfriends. The team she is currently on consists of Sally Moreno-Ortiz and Felix Ortiz and Michael Castello. Team Empire is sponsored by the Ortizes' welding supply company.

"We have lots of fun and we have been in the top spots of the league," said Silvas, 46. "I have a cowbell and we ring it loud when we get a strike and a little ring for spares."

Silvas learned to bowl with her family.

"My dad used to bowl with my uncle Allynn and they bowled with two other brother groups," she recalled. "We then bowled in a Sunday league as a family."

She said the mark of a good bowler is someone who is able to bowl their average consistently or improve their game.

"I enjoy getting together with friends and family to have a little clean competition," Silvas said. "I'd like to see even more Soboba teams join us for the summer league that runs from April 20 to July 20."

Vivanco feels bowling is a sport of repetition, consistency and a bit of luck.

"I have the love of this game/sport in the same way my uncle Sal and dad did and it's simple: you meet weekly with friends, you make new friends and you have opportunities to travel to other towns and states," he said. "But most of all, it's the best example/way to practice our role in being a part of local, state and national government."

He explained that joining a bowling league means joining a group of people and electing officers and voting on rules and bylaws to govern the group.

Vivanco started working at Hemet Bowl, now known as AMF Hemet Lanes when he was 16 and became its general manager at 19.

"I was very lucky to have worked for a set of owners that allowed me to operate their business as if it was mine, which is why when I had the opportunity to take over ownership of The Wheelhouse and later open up my bar I left the bowling center for AMF to operate," said Vivanco, 50. "This allowed me to continue to run a business that could and would do things for its community and the people that live in it."

During the final week of the winter season's league play at the beginning of April, teams will travel to Vegas to bowl in an event called "Sweepers" which includes team, doubles and singles events. There will also be a strike pot, side pots and poker games that coincide with earning spares and strikes.

"When we travel to Vegas, it's anyone's game and I especially like to see the average bowler do well and come home with most of the prize money," Vivanco said. "Because our league is set up as a ‘handicap' league, all bowlers can be competitive and enjoy themselves as much as the bowlers with better averages do."

AMF Hemet Lanes has multiple leagues that play on different days of the week and include youth, senior and adult leagues. The center is at 2850 W. Florida Ave. in Hemet. 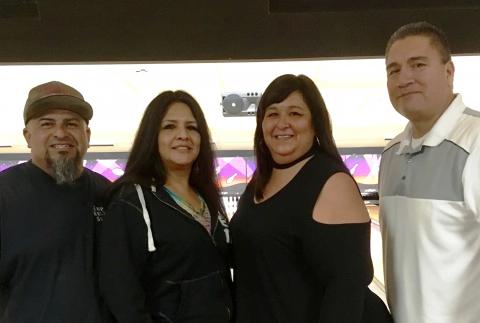 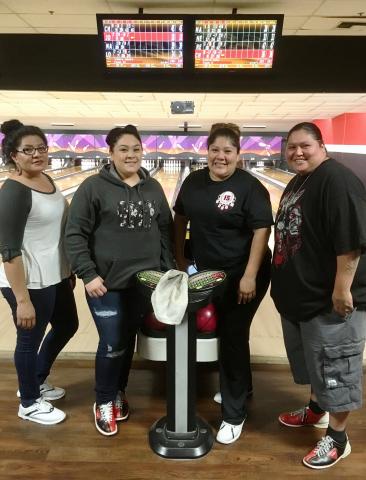 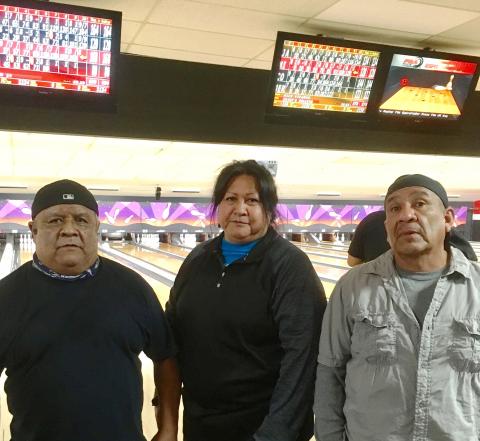 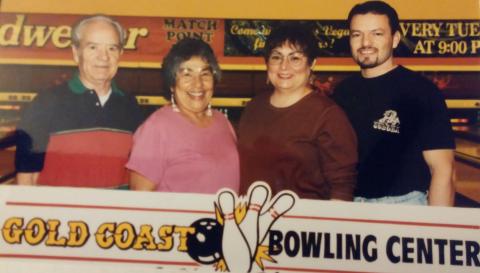