Soboba’s Public Works Department hosted a community outreach event on Oct. 6 to share details about the Soboba Pipeline Replacement Project that came about as a result of being awarded $350,000 from the Santa Ana Watershed Project Authority (SAWPA) Commission under Disadvantaged Communities Involvement.

The Soboba Band of Luiseño Indians 7,000-acre Reservation has about 400 homes that are connected to approximately 30,000 linear feet of asbestos cement (AC) pipes. This is the main distribution system for residential drinking water. There is a risk of existing AC pipes failing after 50 years of use, causing leaks and degradation of water system pressure and quality.
The residential AC pipe system within the Soboba Reservation has reached and possibly exceeded its life cycle having been originally installed in the 1970s. To mitigate future water degradation and reduce potential health risks, the Tribe has determined to abandon and replace the current domestic water pipelines.

The SAWPA funding covered the cost of planning, design, preparation of construction plans, pre-construction engineering, environmental compliance as needed and outreach for replacement of the AC pipelines. The Tribe’s Engineer, ERSC (Engineering Resources of Southern California Inc.), met with interested parties at the community outreach event to discuss plans in detail and answer any questions.

Project Engineer Reza Toorzani and Project Manager Moe Ahmadi from ERSC in Redlands shared maps and project blueprints that provided a visual description of the proposed plans. They explained that the current pipes’ age-related deterioration has led to more repairs in recent years. Replacing the 8-inch AC pipeline with 12-inch PVC pipe is a much better alternative.

One of the first phases of the project is what is called potholing. In areas where water pipelines cross other existing utility lines, such as gas, an eight-inch hole will be dug via a vacuum system to determine the vertical location of the utilities. The potholing holes will be patched upon completion of the operation. The horizontal and vertical locations of the potholed utilities will be field surveyed and incorporated on the construction plans. This procedure will determine what utilities should be protected in place during construction and/or to be relocated if in conflict with the proposed waterline’s horizontal/vertical alignments.
With an aerial map showing the project reach and blueprints that pinpoint where potholes will be dug, the information session was very detailed and covered all areas that would be of interest to residents, workers and others that frequent the Reservation.

Julie Padilla, Housing Specialist with the Soboba Housing Program, was especially interested in learning more about the project to help determine where a Tribal Member’s home can be placed.
“There are multiple benefits associated with the pipeline replacement project that will improve the health and safety of community members as well as the environment,” said Padilla, who has been in her current position for nearly two years.
The Soboba Housing Program officially began in late 2016 as Tribal Members who were living off-site began to express an interest in living on the Reservation. Padilla said that 100% of the applications she receives are from returning Tribal Members.

Since the program began, there have been 19 new builds and two remodels. Despite COVID-19 delays that have impacted all aspects of business and personal lives, the program will have managed to complete four new builds this year.
ERSC has been responsible for the water pipeline replacement project’s feasibility study, preliminary design, final design, technical specifications and construction management. Toorzani said the overall project will take more than a year and will be done in phases. However, he did say much will depend on funding availability for each phase.

“This is a project that will promote better health to Tribal residents,” Ahmadi said.

As Soboba Public Works Director for almost 10 years, Ken McLaughlin says his department oversees all utilities including Soboba’s domestic drinking water lines. The Tribe owns and operates wells and pumps has a share in the aquifer that provides all water for Tribal administration, homes, the Soboba Casino Resort and the Soboba Fire Station.”

“This is a 50-year investment,” he said. “We are looking at the growth of the Tribe and trying to project needs 20 to 30 years out. Not only are many Tribal Members coming back to live but we have plans for development of additional parks and youth and sports centers. All these things will bring more people to the Reservation.”

McLaughlin said that upgrading to a better water system will help meet future needs as well as stabilize costs and minimize repairs.

“We’re putting in a good infrastructure for long-term growth,” he said. “Now is a great time to take advantage of this opportunity.” 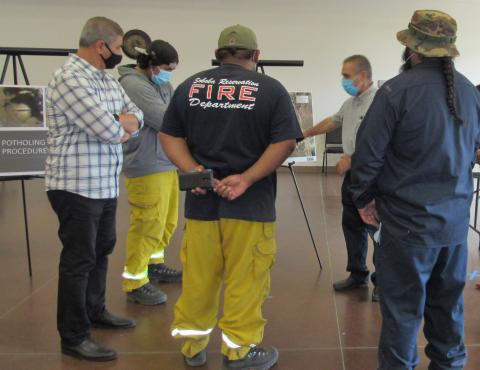 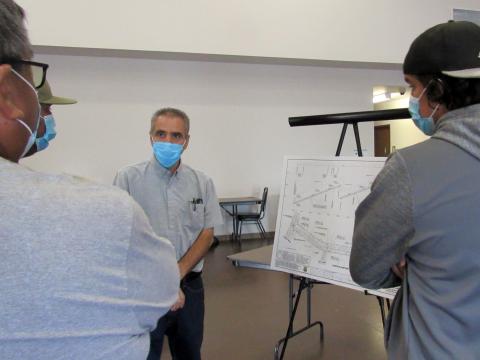 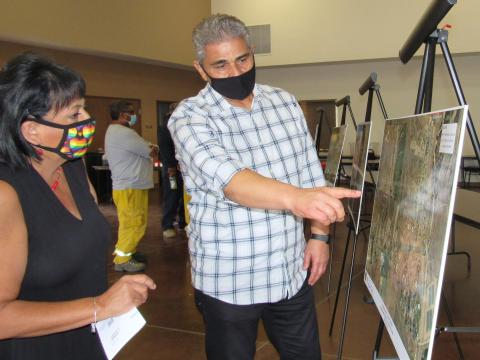 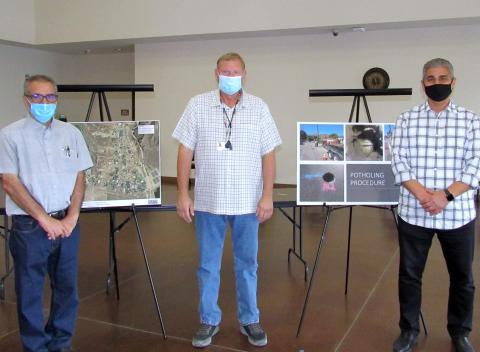