After many attacks, blocks, digs, serves and sets, co-ed volleyball team Sugar and Spike emerged as the champions of the fall season's competition at the Soboba Sports Complex in San Jacinto. Starting with games on Sept. 20, teams met weekly at the gymnasium to play highly spirited games. On Dec. 11, teams played in a single elimination style tournament to determine the overall winners.

Each team could have 10 players on its roster, with six on the court at any given time. The minimum number of players per team was four but at least two had to be female players at all times.

"This is the only league where we do all the scoring and officiating," said Andy Silvas, Soboba Parks and Recreation director and team member of Sugar and Spike. Ricardo Macias was the officiator sitting at the end of the eight-foot high net and Steve Lopez helped with scorekeeping.

Each match consisted of the best two out of three games or 45 minutes of play. The first two games of each match were won by the team who reached 25 points first. The third game of each match was played to 15 points with a two-point lead determining the winner.

The Volley Brawlers, last year's reigning champions, finished second. Martin Valdez organized the team of family members and they have been playing under the team's moniker for the past three years. He plays alongside his son, daughter, niece and cousin.

"We go to the beach and play whenever we get the chance," said Valdez, of Soboba. "I always played at the beach and parks, but my sport was basketball. My son (DeAndre Valdez) got interested in volleyball in high school (Tahquitz in Hemet). Now, he goes all over to play at parks and other reservations."

Valdez said the game is fun and that his team consists of real competitors who come to dominate the league. He said they regularly work on passing and other skills but that keeping your eye on the ball is key to good teamwork.

"I'd have to say that my son's position is that of ‘all-around hustler' basically; he is real competitive – he dives for the ball," he said.

Valdez said the team name was the result of the players always trying to get that point and not being afraid of getting down and dirty.

"We put in a real team effort – you've got to have good passes and sets and watch the ball all the time," he said.

During a recent weekly game, Benny and the Sets won a game within their match, giving them a season total of eight wins and six losses.

"It's been fun," said team member Steven Velarde. "We came in a little early and warmed up."

"It comes down to communication and good hand-eye coordination," said team member Shylene Helms, whose brother Benny Helms IV is also on the team. "Our biggest rival was the team we just beat."

The winning team, which included Netti Escalante, Trista Marquez, Andy Silvas, Darryl Silvas and Denise Silvas Thomas, got bragging rights and sweaters; last year, sweatshirts were given out as prizes.

The Soboba Sports Complex has been hosting co-ed volleyball games since 2007 and its popularity brings out more teams each year. 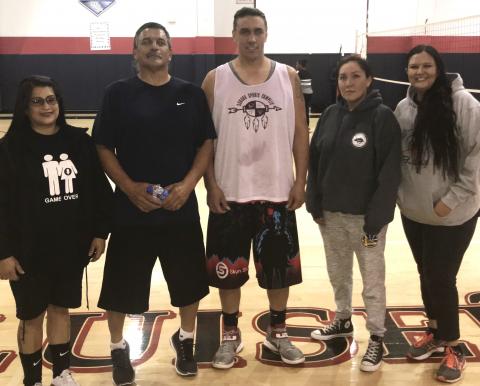 Co-ed volleyball team Sugar and Spike were the overall winners for the season at the Soboba Sports Complex, besting 10 other teams to be named champions 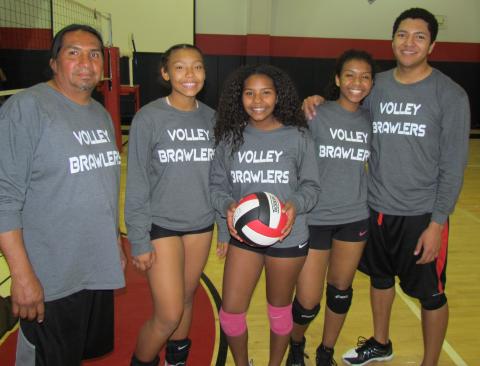 Co-ed volleyball team and defending champions, The Volley Brawlers, landed in second after the championship elimination matches on Dec. 11 at the Soboba Sports Complex 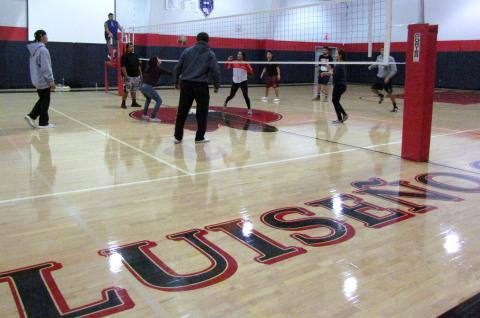 Eleven teams played weekly matches for more than two months to prepare for the championship playoffs on Dec. 11 at the Soboba Sports Complex 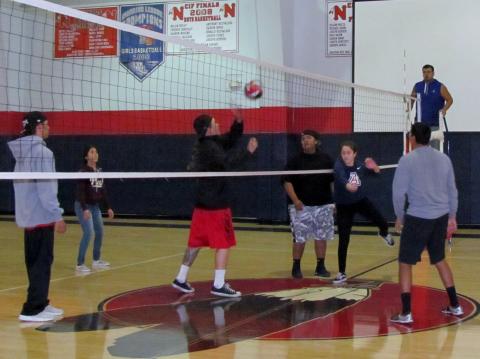 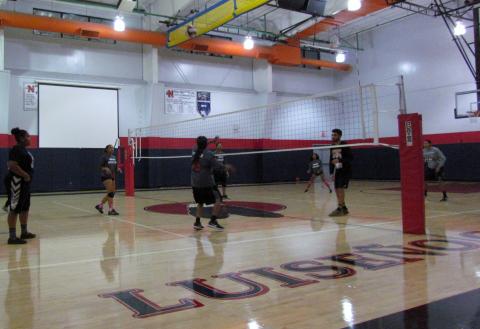 Members of the Volley Brawlers and other teams warm up before games on Dec. 6 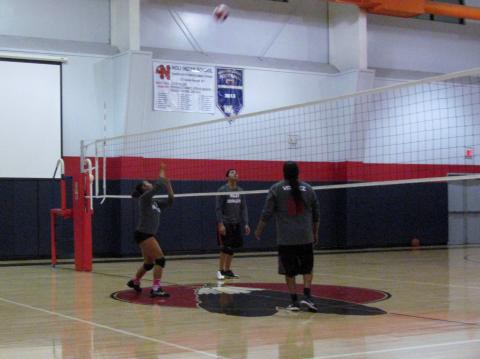 Members of the Volley Brawlers team warm up before their match on Dec. 6