October is designated to bring the community together ◆ By Mike Hiles

September 28 marked the early kick-off for October's San Jacinto Heritage Month. The San Jacinto Unified School District was happy to see the launch coincide with other community-friendly events that were taking place.

The San Jacinto High School homecoming parade and football game is always a popular and exciting time for residents of the city to come together so to have the light pole banners on display while spectators sat along the streets to watch the parade was a real plus.

"We retrieved last year's Heritage Month banners from storage in time for the annual homecoming parade," shared Diane Perez, SJUSD's Superintendent. "These banners depict the establishment dates for us, the city and the Soboba Band of Luiseño Indians – the big three entities that have remained steadfast in this community since the early 1800s."

The school district, the city and Soboba all passed proclamations in September, declaring October as Heritage Month. The Resolution presented from Soboba read, as follows:

WHEREAS, we value the rich heritage of the San Jacinto Valley and its unique history; and

WHEREAS, we want to ensure future generations learn from and appreciate the history, culture and diversity that makes the City of San Jacinto what it is today; and

WHEREAS, San Jacinto Unified School District, Soboba Band of Luiseño Indians and the City of San Jacinto, while progressive, embrace our heritage; and

WHEREAS, our history should be remembered as we move forward to make our community a desirable place to live; and

WHEREAS, the history of the Soboba Band of Luiseño Indians, the first people of the San Jacinto Valley who faced many hardships, yet persevered, and today are one of the largest supporters of San Jacinto Unified and our community; and

WHEREAS, Juan Bautista de Anza, an early explorer that traveled through the Valley, created the De Anza Trail and later founded San Francisco; and

WHEREAS, Juan Antonio Estudillo, an early settler, started the first school in San Jacinto, a private school in his home for his own children; and

WHEREAS, we do not want to forget the sacrifices of those that came before us, but rather we want to celebrate their successes.

On Friday, more than 30 parade entries marched through the streets of San Jacinto, including the San Jacinto High School Tiger Marching Band with color guard and the Air Force Jr. ROTC cadets. This year's homecoming theme was "Road Trip."

Saturday, the city hosted "Envision San Jacinto" on Main Street so visitors could experience artistic crosswalks and other features to make it safer and more enjoyable to walk, dine and shop in the downtown area. Free, family-friendly activities included a bike rodeo, entertainment, prizes, food and more during the four-hour event.

SJUSD expected more than 400 attendees at its annual "Into the Future" Parent and Student Conference at Mt. San Jacinto College's San Jacinto campus, also held Saturday. The conference, designed to foster a college-bound culture in the San Jacinto Valley through advocacy, access and community relationships, featured keynote speaker Dr. KiMi Wilson who is a well-known expert of STEM (Science, Technology, Engineering and Math) for underserved families. 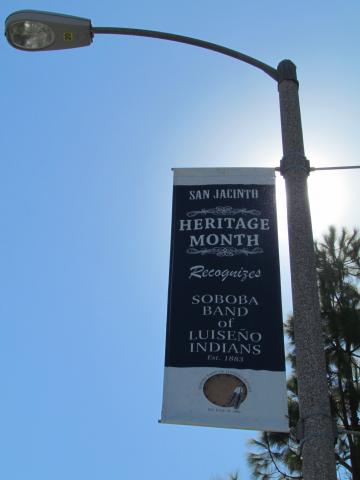 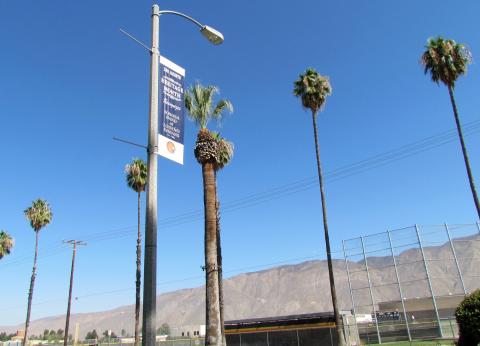