Family members and friends watched 22 students graduate from the Soboba Tribal Preschool’s kindergarten program that many had attended since the age of two on June 13. The following morning, 31 pre-kindergartners excitedly promoted to the next grade for the fall, many of whom will stay at the Soboba Reservation school.

As kindergartner Selena Rivera crossed the stage to receive her diploma and a performing arts award, she became the seventh in her family to complete the tribal preschool program. The first was her sister, Tanya Rivera who is now 15.

“Attending this school made me learn more about my culture,” said Tanya. “It also made me more open and willing to talk to people in the community.”

Six-year-old Selena, who wants to be a teacher when she grows up, said her favorite part of kindergarten was anything to do with math. Their parents said they feel their six daughters and one son built a very strong educational foundation with the help of the preschool program they all entered at the age of two.

“I think it helped they got more one-on-one attention here – they seemed more advanced in their learning when they got to first grade,” dad Louie Rivera said.

Mom Tanya Briones-Rivera said Selena is looking forward to first grade at Estudillo Elementary because she can’t wait to ride a school bus.

The preschool added a kindergarten class in the 2014/2015 school year when it moved into its new school building which is when their son, Manuel Rivera, graduated.

The children were reminded that the Soboba Band of Luiseño Indians has created many job opportunities for them to aspire to after they complete the rest of their education. They no longer have to go out into the world to find success – they can make a difference in their own community.

Before being released to celebrate the adventure that awaits them, each graduate received a diploma, a customized award and their chosen career path was divulged.

Pre-kindergarten students had some strong ideas of what they want to do in the future as well. From doctors and teachers to police officers and an astronaut, the young children were all smiles as they completed the next step in their educational journey. 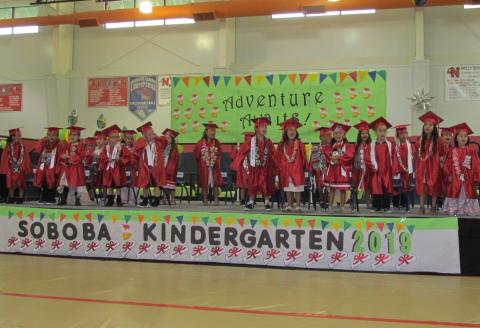 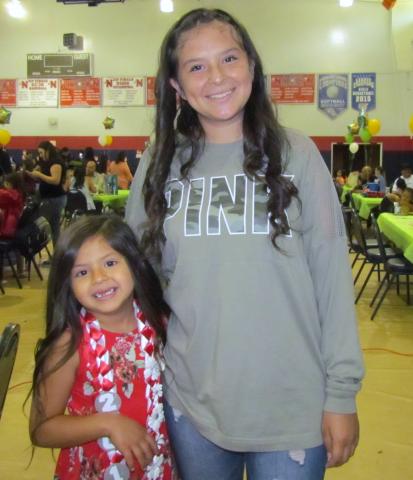 Tanya Rivera, 15, was the first in her family to attend and graduate from the Soboba Tribal Preschool in 2008. Her six-year-old sister Selena was the seventh when she completed kindergarten on June 13 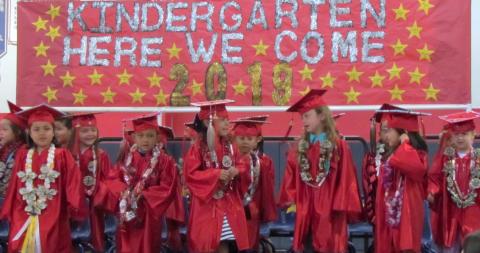 Many of the pre-kindergarten students will return to the Soboba Tribal Preschool in the fall for kindergarten. They were celebrated at a promotion ceremony on June 14 at the Soboba Sports Complex 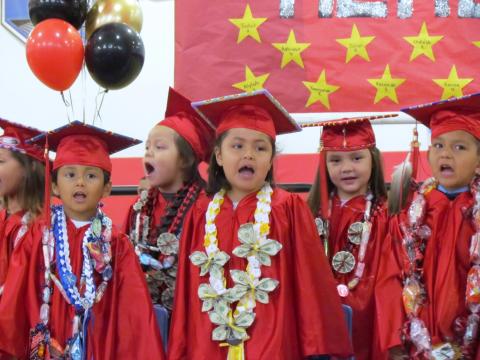