The 2021 United National Indian Tribal Youth (UNITY) Conference was held in Dallas from July 2-6 and several young people from Soboba made the road trip to attend. Soboba Youth Council Co-coordinator Andy Silvas shared driving duties with three others to make the trip, that included a visit to Navajo Nation.

After lighting of the UNITY fire on the first morning of the conference, Soboba youth were part of the Grand Entry celebration representing the Pacific Region. Later that night, everyone gathered around the fire for storytelling and cultural sharing.
Guest speakers, Wellness Warriors Fitness activities and workshops filled the five-day conference. The diverse workshops focused on environmental awareness, college and career development, cultural teachings, community engagement and health and wellness.

By far, the most popular workshop among the Soboba youths who attended was “Native Youth Olympics” presented by Kyle Wori (Tlingit, Yup’ik, Deg Hit’an) with the Douglas Indian Association organization. Native Youth Olympics is a sport from Alaska that tests skills of strength, agility, balance, endurance, and focus. Participants learned the games that are based on hunting and survival skills that allowed the Indigenous people of the Arctic to thrive in the harshest conditions for millennia.

“My favorite part was learning about the different games,” Tatiana Briones said. Like many others, she also enjoyed the cultural sharing nights where her group shared their bird singing and dancing. “It’s similar to the talent show where you give an explanation and demonstration and then invite others to participate.”

Jocie Yepa thought “culture night was cool” and felt “the experience of attending UNITY was very fun and I learned a lot.” Jeremiah Ramos also enjoyed the cultural sharing events. “I like to see everyone else’s traditional songs – some of them are super different than ours,” he said.

Silvas, who was attending his first conference, said he thought it was a great event. “It’s good for anyone that goes, making contacts with different people and learning new things,” he said.

Edwin Muro won a drawing for an all-expenses paid trip to the 2022 UNITY Conference in Minneapolis. UNITY’s mission is to foster the spiritual, mental, physical, and social development of American Indian and Alaska Native youth, and to help build a strong, unified, and self-reliant Native America through greater youth involvement.

Photos courtesy of Soboba Band of Luiseño Indians, no captions 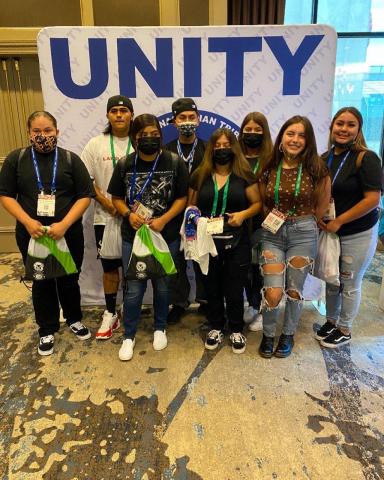 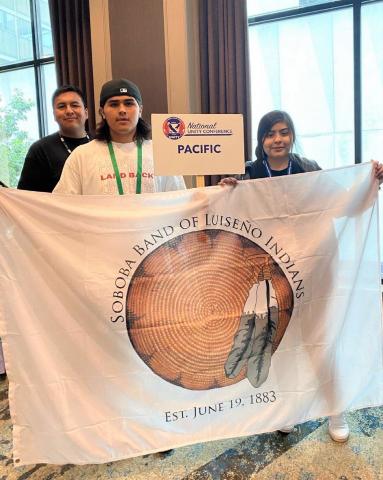 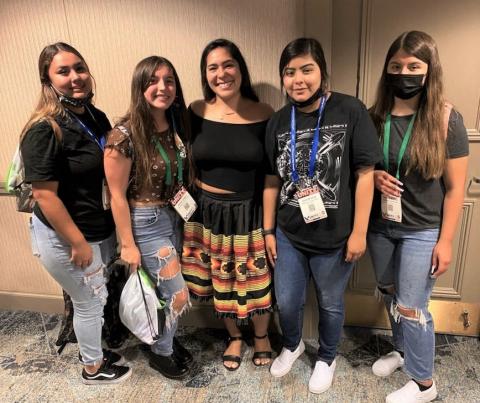 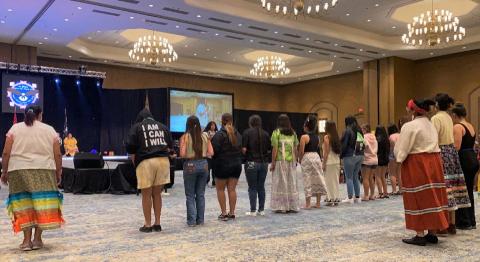 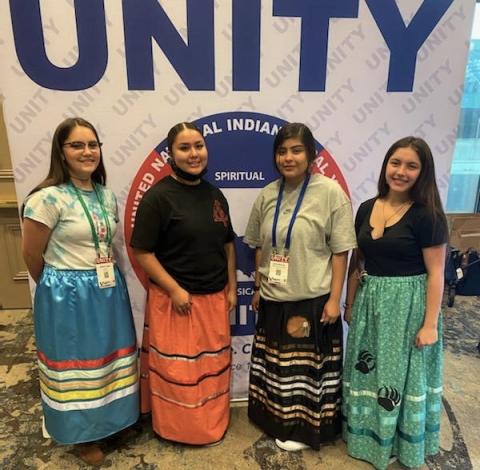 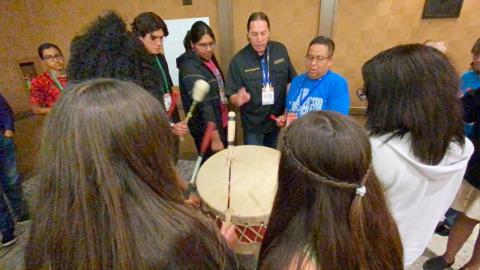