Founded in 1997, the Kut Poki Church holds services every second and fourth Saturday of the month at the Soboba Reservation.

"I believe that the Lord had called me and my sister to have this church – for the people of our tribe. It's not limited to the people of Soboba, but to anyone that would like to attend," Lorina Duro said.

The creation of the church was a joint effort by Duro, her sister Virginia Duenaz, Jerome and Diane Salgado, Gabriel Ward, Sally Heridia, Becca Helms and Virginia's husband Albert Duenaz.

"I have been a member of the church since the early 90s," said Duro. "Before we had the church we were meeting in houses to hold services."

Virginia Duenaz and Duro were part of a huge revival in 1980 when several tribal members became believers in Christ.

"We continued to grow in our faith and that is when we reached out to a minister from Torres Martinez (Gabriel Ward) to do church services in our homes," Duenaz explained. "We did that for three years before we obtained our own minister's licenses in 1984 and ministered in Soboba and Cahuilla for the next 10 years."

Kut Poki means "house of light" in the Luiseño language. The creation of the church came about through a united consensus with Pala, Rincon, Pauma, Cahuilla, Soboba, Morongo, Torres Martinez and San Manuel reservations.

About 45 guests attended a recent Kut Poki Church service, where guest speaker Ron Ogden shared how the Lord healed him after he was electrocuted while working on a telephone pole. "He had broken every bone in his body, two fingers were completed blown off, he was pronounced dead for five hours and was given blood tainted with HIV. His story gives hope to the hopeless," Duro said.

Two other speakers were Alfred Bimur of Indiia, who is a prophetic teacher and preacher among the nations and Pastor Richard and Rebecca Rangel from Mountain House, California, who move listeners with a word of knowledge and encouragement with a message of good news.

Yaseer Handall has been a partner for the Kut Poki (Lighthouse) Church at the Soboba Reservation for the past seven years.

"It is thanks to the church and their partnership with Arise Ministry that we have been able to make Arise Camp possible," Handall said. "Young adults come from different cultures and races to learn just a little bit about Native American communities during the three-day camp. On the last day, we teach these young adults how to make a carnival for the community."

This year's camp will be held the last weekend in October at the Soboba Reservation. Arise Camp 2017 is for ages 18 to 35 and is free.

The Handall family is comprised of pastors Yaseer and his wife Monique and their sons Aidan and Aharon. As a family, they pastored a Spanish-speaking congregation in San Bernardino for nine years. In 2010, they received their call to serve the Native American tribes and are now dedicated to empowering Native men, women and youth to become leaders in their own communities and beyond.

For more information about this year's camp, please visit www.arisenativeamericans.com/arise-camp.

The Handalls have also hosted a community movie night at Soboba and will be joining several reservations to provide a Sherman Indian High School Thanksgiving event for the fourth year.

"We serve to 400 students from 120 different reservations in the country," Yaseer Handall said. "Three years ago, we noticed that a lot of the students couldn't go back home for Thanksgiving because of their financial situation. That's why we decided to partner with several reservations to make this event possible. The Twin Eagles church from Morongo donated the turkeys, San Pascual donated the corn, Soboba donated the stuffing, mashed potatoes and gravy and other organizations and people donated to make this event possible."

The Kut Poki (Lighthouse) church of Soboba has set up a GoFundMe page to raise money for the party that will be on Nov. 19 from 3 to 8 p.m. They are seeking food and monetary donations at www.gofundme.com/sherman-indian-hs-thanksgiving/donate?pc=ot_vs_toastban... Church services are held at 23669 Soboba Road on the Soboba Reservation in San Jacinto. Summer hours are 6 to 9 p.m. and fall hours will be 12 to 3 p.m. 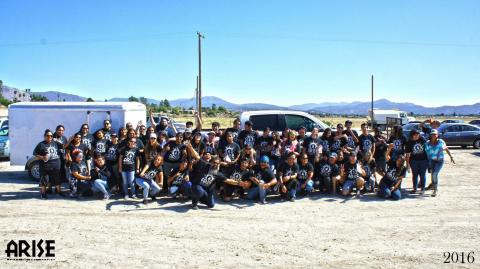 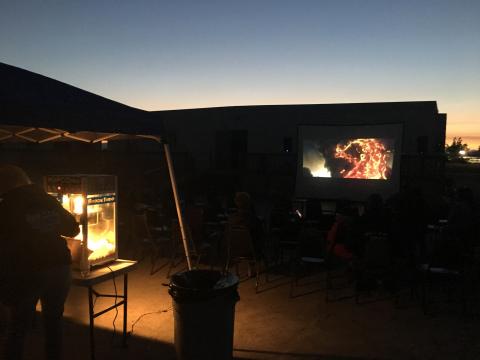 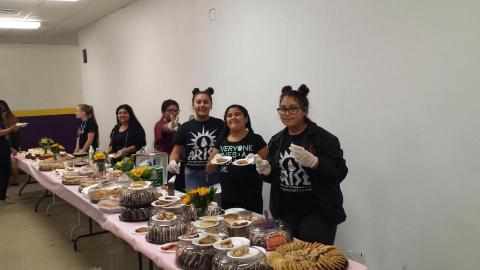